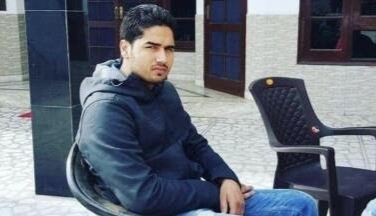 Chandigarh: Baldeep Singh, brother of notorious terrorist Arsh Dala, has fled to Canada by making fake documents and passports. Baldeep Singh had come out on bail in an attempt to murder case.

The Moga police have registered a case against Baldeep Singh, his brother Arshdeep Dala, father Charanjit Singh and four other accomplices.

His father Charanjit and the other four accused are currently lodged in various jails in Punjab. According to the complaint lodged by Moga police, the jailed accomplices helped Baldeep in obtaining the passport on the basis of forged documents.

According to the information, in June last year, Baldeep Singh was arrested after registering a case of attempt to murder. The accused had come out on bail in the case.

Gangster Arshdeep and his father Charanjit Singh, both residents of Dala village in Moga, have recently been named in the murder case of Paramjit Singh in Village Bardeke, Ludhiana.

In this case, two shooters entered Paramjit’s house and shot him. In a Facebook post, Khalistan Tiger Force (KTF) operative Arsh claimed responsibility for his murder. He was declared a terrorist by the Centre for his links with the Khalistan movement and terror activities.

The police have also started the process of attaching the property of Arsh Dala’s father Charanjit Singh. Charanjit is currently lodged in Faridkot jail. Police traced a residential property owned by Charanjit Singh in village Dalla.