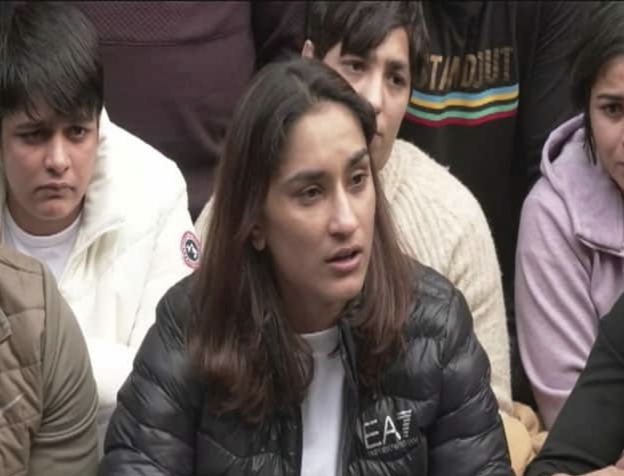 New Delhi: For the second consecutive day on Thursday, about 200 Indian wrestlers sat on a protest at Jantar Mantar in Delhi. They demanded action against the federation chief and several coaches for sexually harassing several athletes.

After the allegations of triple Commonwealth Games gold medallist Vinesh Phogat, one of India’s most successful women wrestlers, became public, the country’s Sports Ministry on Wednesday asked the Wrestling Federation of India (WFI) to respond to the allegations within 72 hours.

BJP MP and WFI president Brij Bhushan Singh has denied the allegations. “All allegations of sexual harassment are false, and if they are found to be true, I will commit suicide. I tried contacting several wrestlers, including Bajrang Punia, but could not be contacted.”

“It is the job of the federation to support the players and take care of their sporting needs. If there is a problem, it has to be resolved.”

Phogat levelled allegations in support of several other top wrestlers against Brijbhushan Singh and the coaches at a public protest at Delhi’s Jantar Mantar.

She said, “Women wrestlers have been sexually harassed by coaches and WFI presidents in national camps. I know at least 10-20 girls in the national camp who have come and told me their stories.”

Phogat said many wrestlers were afraid to come forward. They are scared because of their family background. They can’t fight them because they are powerful. Wrestling is our only livelihood, and they are not letting us do that. Our only option is to die.”