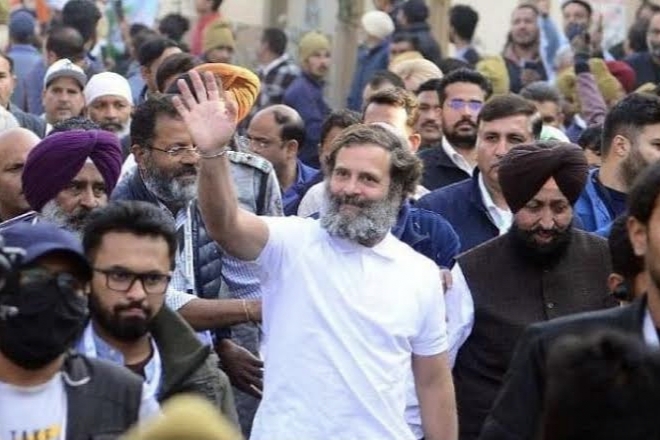 Chandigarh: Today will be the last day of Rahul Gandhi’s Bharat Jodo Yatra in Punjab. The Yatra went to Himachal on Wednesday. From there, Gandhi has entered Punjab again at night. He stayed night at Shah Colony in Pathankot.

Rahul Gandhi is scheduled to address a public meeting at Sarna in Pathankot at 1 pm today. Congress national president Mallikarjun Kharge will also be present here.

The Bharat Jodo Yatra entered Punjab on January 11, but on November 10, a day before entering Punjab, Rahul Gandhi suddenly came to the Golden Temple. On January 13, the yatra was cancelled due to Lohri.

Meanwhile, Jalandhar MP Santokh Chaudhary was passed away during the yatra on January 14. After which the journey was canceled for 24 hours.

First, a young man forcibly hugged Rahul Gandhi. In the second, the young man broke the security cordon and came close to Rahul Gandhi. However, both were caught in time.