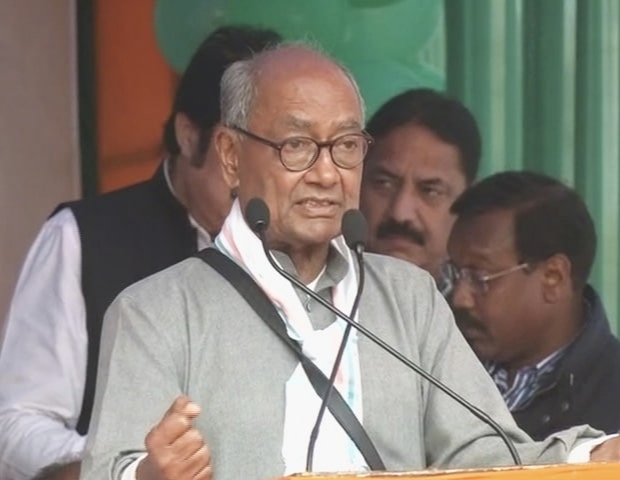 Digvijay Singh said that the Center has not yet given any evidence of surgical strikes against Pakistan. Despite the removal of Article 370 from Jammu and Kashmir, terrorism is still not over here.

Divisive politics is not in favour of any community in the society. “Pulwama has been a hotbed of terrorism and every car is checked. A Scorpio car comes from the wrong side. Why wasn’t this car checked? Then there is a collision and 40 of our soldiers are killed.”

“Till date, the government has not informed parliament or publicly about the incident,” he said, questioning the surgical strike once again, saying they talk about surgical strikes. But no evidence of this has been given.

Singh said the recent terror attacks, including at Dangri village in Rajouri district, were worrisome.

“First of all, we condemn the terrorist attacks in Dangri village in Rajouri and Narwal in Jammu. The situation in Jammu and Kashmir is not what was being said after the removal of Article 370. Targeted killings and bombings have once again begun.”

Seven members of a particular community were killed in twin terror attacks in Rajouri’s Dangri village on January 1 and 2, while nine people were injured in twin blasts in Narwal in Jammu on Saturday.

India carried out surgical strikes in 2016 after 18 soldiers were killed in a terrorist attack on an Army base camp in Uri sector of Jammu and Kashmir. At the same time, Pakistan-based terrorist group Jaish-e-Mohammed was blamed for the Pulwama attack on the security convoy in February 2019.