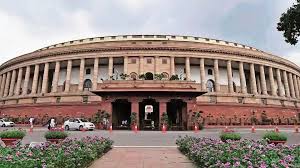 The central government has listed 23 new Bills, including 11 which seek to replace ordinances, for introduction in Parliament’s Monsoon session beginning Monday.

One of the ordinances the government plans to pass as a bill during the 18-day-long session relates to providing preventive measures against violence on heathcare personnel.

The ordinance makes acts of violence and harassment against healthcare personnel deployed in combating COVID-19 a non-bailable offence with maximum punishment of seven years imprisonment and Rs 5 lakh fine.

It also protects the healthcare fraternity, including doctors, nurses and ASHA workers.

Another ordinance to be replaced by a Bill relates to reduction in the salary of MPs by 30 per cent for a period of one year beginning April 1, 2020. The amount will be utilised in the fight against coronavirus.

The central government introduced three ordinances—the Farmers’ Produce Trade and Commerce (Promotion and Facilitation) Ordinance, the Farmers (Empowerment and Protection) Agreement on Price Assurance and Farm Services Ordinance, and an amendment in the Essential Commodities Act, 1955—in June.

The government claims that the ordinance, and now the Bill, aims at providing for the creation of an ecosystem where the farmers and traders enjoy the freedom of choice relating to sale and purchase of farmers’ produce which facilitates remunerative prices through competitive alternative trading channels.

The ordinances however have been controversial, drawing protests from farmers who fear it would go against their interest. Farmers see the Bill as an attempt to end the Minimum Support Price regime—a policy that aims at establishing a minimum return on their crops to farmers regardless of market fluctuations.

The BJP-ruled state of Haryana saw a massive protest being held at Kurushetra’s Pipli grain market against the ordinances on Friday. The protest led to police lathicharge—a development that opposition parties have condemned since. Similar protests were also held against the Bill in Punjab.