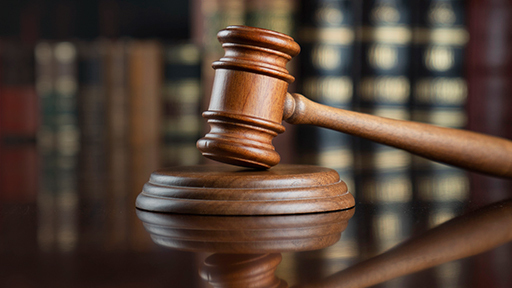 Confessional statements of an accused which are not in public domain cannot be accessed and published, observed the Delhi High Court which on Monday questioned a news channel over broadcast of an alleged confession of an accused in a case related to communal violence in northeast Delhi during protests against the Citizenship Amendment Act in February.

It also said that journalists do not have the right to take out the case diary and publish it.

The high court directed media house, Zee News Media Corporation Ltd, to file an affidavit disclosing the name of the source from whom the journalist concerned got the documents of an alleged confession statement of Jamia Millia Islamia (JMI) university student.

Justice Vibhu Bakhru declined the request of the media house that it should be allowed to disclose the name of the journalist concerned in a sealed cover as revealing his name openly would risk his life and his family.

The judge asked the news channel to file a separate affidavit while listing the matter for further hearing on October 23.

“Police have already initiated a vigilance inquiry into the matter. You (Zee News) have got access to documents which even the accused does not have. You file the counter reply disclosing the source from where you got the document,” the judge said.

The high court was hearing a plea by JMI student Asif Iqbal Tanha alleging misconduct by police officials in leaking his disclosure statement, recorded by the probe agency during the investigation, to the media.

While the police have claimed that the disclosure statement was not leaked by any of its officials, the counsel for the news channel said the journalist has requested that he should not be pressed to disclose his source of information in view of the fact that the truthfulness of Tanha’s confessional statement has not been disputed by him in the petition.

Advocate Vijay Aggarwal, representing Zee News, argued that pressing for disclosure of source would amount to interfering with the freedom of press as guaranteed under the Constitution and in a situation where the source of information is not protected or safeguarded, the freedom of press will be severely jeopardised or interfered with.

The high court, however, said it does not think that it’s a journalist’s right to take out the case diary and publish it and that the news report cannot be based on documents which are not in the public domain.

“These are documents which you cannot take out and publish. There is no doubt about it,” the judge said.

Advocate Siddharth Aggarwal, appearing for Tanha, said he was not concerned with the internal arrangement of the media house and before putting out a news on a national TV, they should verify the details.

“One has to determine from where the document is coming. Accused were not being given copies of remand applications in which there are details about their case but journalists are given everything,” he argued.

Earlier, the Deputy Commissioner of Police (special cell) in an affidavit, had said that Delhi Police were also aggrieved by the newspaper report in which the alleged confessional statement of JMI student Asif Iqbal Tanha was leaked out.

The police affidavit, through advocates Amit Mahajan and Rajat Nair, also stated that none of its officials indulged in the investigation of the case leaked out the information to the media.

The high court had asked two media houses and two social media platforms to respond to the plea which also sought direction to take down the sensitive/ confidential information leaked to them by the officials of Delhi Police.

The high court had also refused to pass an ex-parte order directing the media houses, Zee News and OpIndia and social networking platforms Facebook and YouTube to remove the content and had said that it will pass necessary orders after hearing all the parties.

Tanha, in his petition, said he was aggrieved by various publications reporting that he has confessed to orchestrating the Delhi riots and alleged that he was coerced to sign certain papers in the effective custody of police.

It said this information does not have any evidentiary value and alleged that the Delhi Police officials, with malafide intention, leaked the statements to the media to prejudice his case.

Tanha, who was arrested in May, is currently lodged in judicial custody in the Delhi riots case.

Tanha, a third-year student of BA in Persian language, was earlier arrested in connection with the violence in the Jamia area during a protest against the Citizenship Amendment Act (CAA) in December last year.

The police had said that Tanha, a resident of Abul Fazal Enclave in Shaheen Bagh, was a member of the Students Islamic Organization and was part of the Jamia Coordination Committee which spearheaded protests against the new citizenship law.

“Tanha is a key member of the Jamia Coordination Committee and played an active role in organising protests and riots in Jamia in December 2019. He is a close associate of Umar Khalid, Sharjeel Imam, Meeran Haider and Safoora Zargar who had been key organisers of anti-CAA protests and subsequent riots,” the police had said.

On December 15 last year, protesters had turned violent, torching four public buses and two police vehicles and pelting stones at the police and civilians, near JMI. At least 40 people including students, policemen and firefighters were injured in the incident.