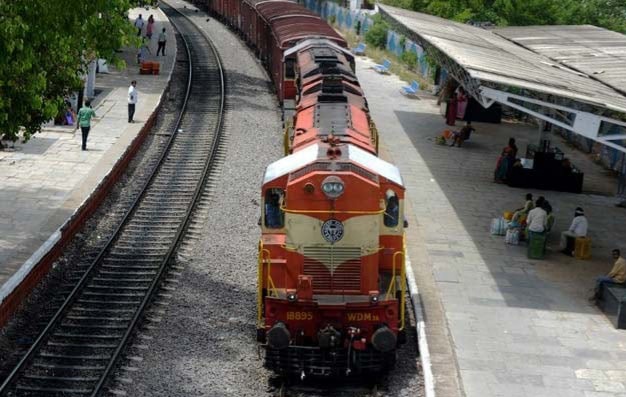 New Delhi: Information and Broadcasting Minister Anurag Thakur on Wednesday said that 11.27 lakh railway employees will be given productivity-linked bonus of Rs 1832 crore ahead of Diwali.

“Cabinet approves payment of productivity linked bonus equivalent to 78 days to railway employees for the financial year 2021-22. About 11.27 lakh non-gazetted railway employees have been paid PLB amount,” he said.

Indian Railways has registered a growth of 92 percent in passenger revenue in the first half of the current financial year.

As many as 42.89 crore people travelled in the reserved categories of the railways between April 1 and October 8 this year, an increase of about 24 per cent from 34.56 crore in the same period last year.

In terms of revenue, between April 1 and October 8 this year, railway earned Rs 26,961 crore, which is about 65 percent more than rs 16,307 crore earned during the same period last year.

Similarly, in the unreserved category, 268.56 crore people travelled between April 1 and October 8 this year, which is 197 per cent more than the 90 crore people who travelled in the same period last year.

Likewise, the railways earned Rs 6,515 crore between April 1 and October 8 this year. This amount is more than 500 per cent more than rs 1086 crore earned in the same period last year, railway officials said.