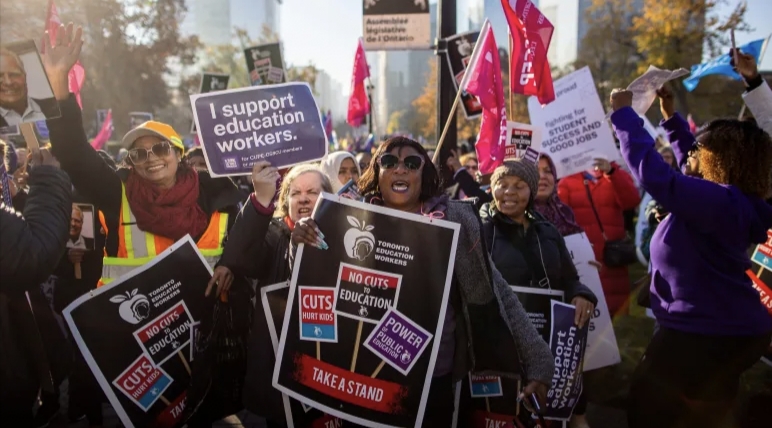 Education workers give notice to strike again in Ontario

Ontario: The union, representing 55,000 Ontario Education Workers, has filed another five-day notice to go on strike again. This means that schools may be closed from Monday.

The Canadian Union of Public Employees (COUPE) said that despite several hours of negotiations, no deal with the government has been reached and the talks have closed down once again.

Laura Walton, president of the COUPE’S Ontario School Board Council of Unions, said at a press conference on Wednesday that they had requested the Ford government to take advantage of the time we have to conclude the deal. But that was not possible.

Meanwhile, Education Minister Stephen Lecce said the government was “deeply disappointed” by the union’s decision to go on an unnecessary strike.

“We had resumed the process of negotiations. It’s unnecessary and entirely unfair to children,” Stephen Lecce said at a surprise press conference at Queen’s Park.

He said, “We want that low-income workers can also be benefited and children’s education should also not be compensated. But once again the union has given the province a five-day notice for the strike.”

Lecce said a variety of revised offers were made by the government to the union.