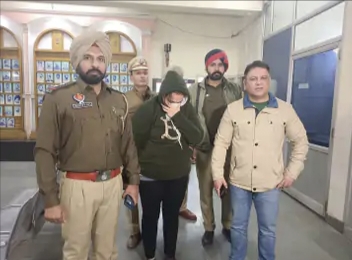 Ludhiana: A woman posing as judge and her DSP husband have been arrested for duping youths on the pretext of recruiting them in Punjab Police. Both have duped the youth of lakhs of rupees.

The woman’s husband is posted at deputy superintendent in Mansa jail. The police have arrested the accused.

The accused have been identified as Deep Kiran and her husband, Deputy Jail Superintendent Narinder Singh. Apart from these, the names of Sukhdev Singh and Lakhwinder Singh residents of Sahnewal and Mandi Gobindgarh are included in the case.

It is being said that so far about 5 complaints had reached the police. Acting on these complaints, the police arrested these fraudulent couple. The woman used to take Rs 5 to 8 lakh from a person. It is being told that this fraudulent black business of the woman and her husband ranges from about Rs 1.5 crore. The woman also used to take money from the youth and then stop picking up people’s phones.

The accused, Deep Kiran, used to meet the youth with her husband. The youth were convinced that she had access to jail. For this reason, they would easily trust her and give millions of rupees as fees.