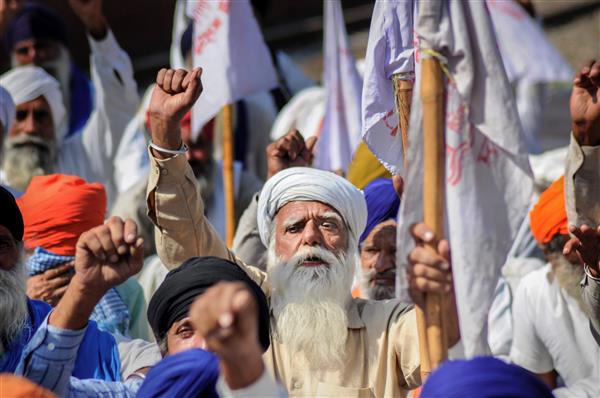 Expanding the ambit of farmers protests against the three Central Agriculture Acts, major organisations on Tuesday decided to hold an all-India ‘chakka jam’ (road blockade) between 12 noon and 4 pm on November 5, according to Punjab leader Balbir Singh Rajewal.

The federations, which included the All India Kisan Sangharsh Coordination Committee, also gave a call for ‘Dilli chalo” (come to Delhi) to farmers on November 26 and 27.

The committee will “spearhead the fight against the three anti-farmer, anti-people Farm Acts 2020 and Electricity Bill 2020”, an AIKSCC statement said. Farmer leaders also condemned the “Central Government’s decision to stop operation of goods trains to Punjab unless passenger trains start plying”. “This is blackmail of the people and famers of Punjab and is most unbecoming of a democratic government,” they said.

Rajewal said demands will be focused on withdrawal of recently passed three Farm Acts and Electricity Bill 2020. “Protests will include state-wise/region-wise buildup by mass mobilisations and movements focusing on these demands. All Over India, farmers will protest before government offices, including central, and offices of BJP leaders and their allies as well corporates,” leaders said.