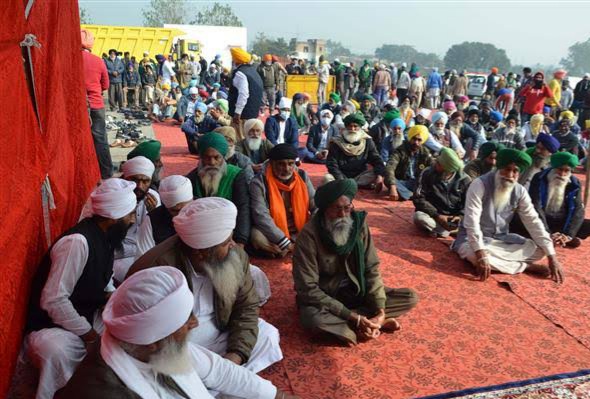 Farmer leaders Balwant Singh and Kuldeep Singh Gujjarwal said that the Kisan-Mazdoor Sangharsh Committee has been sitting in protest at toll plazas and DC offices for around two months, but neither the state government nor the central government are addressing to their demands. On the call of Joginder Singh Ugrahan, the workers have come out in support of the Kisan Sangharsh Committee.

The farmer leaders said that the central government is now withdrawing from the agreements made with them at the end of the agitation. They are reluctant to accept the demands sought. The same is the case with the state government.

He said that Punjab’s most expensive toll has been symbolically closed for three hours and an ultimatum has been given. If the government does not accept the demands, the toll plaza will be closed permanently.

Farmer leaders said that toll plazas built on national highways and state highways are bases of loot of the government. These toll plazas bring back memories of the jizya tax imposed on Hindu pilgrims during Aurangzeb’s time. While buying a car, first pay road tax and then toll tax for driving on the road. Farmer leaders said that when the government collects a one-time road tax before bringing the vehicle on the road, then why is the toll tax charged from commuters.