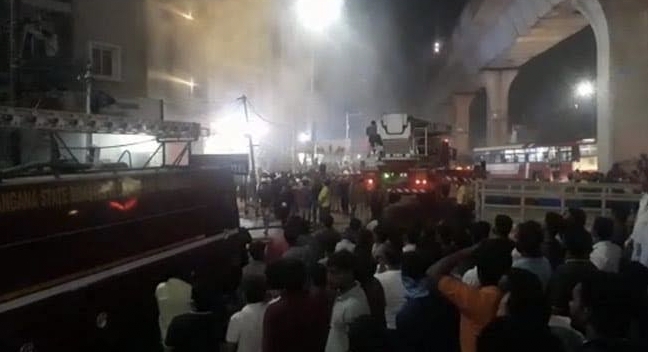 Hyderabad: Eight people have died after a fire broke out at an electric bike showroom in Telangana’s Shikandrabad. Many people are still feared trapped inside the shop.

The fire is so intense that smoke has spread all around the area. The accident took place near Secunderabad Railway Station.

There is a lodge above the showroom where the fire broke out, and many people are feared trapped in this lodge.

Earlier in April, a similar incident had taken place in Tamil Nadu. At the showroom in Porur-Kundaratur here, a customer had put his e-bike battery on charge.

Shortly after this, there was a sudden fire in the show room. Gradually, the entire showroom was engulfed in flames. In this incident, 5 new electric scooters and 12 old electric scooters for servicing were burnt.