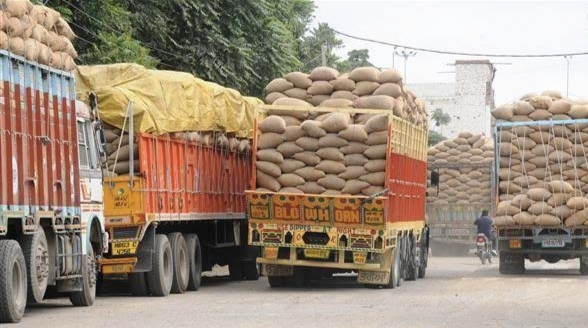 CHANDIGARH: Punjab Congress president Amarinder Singh Raja Warring today criticized the Aam Aadmi Party government in Punjab for its failure to purchase paddy from the state farmers with the result they are forced to sell it in neighbouring Haryana. “This is an insult to our self respect that Punjabi farmers have to sell their paddy in Haryana”, he rued.

“This is indeed for the first time in seventy years that the Punjabi farmers’ self respect has been hurt and they have been forced to sell their crops in Haryana mandis”, Warring taunted the government while referring to its claims of having achieved in seven months what others could not achieve in seventy years.

“As the government remains busy with its misplaced priorities in Gujarat, the farmers have been left to their own fate, with the result they have been forced to explore other options”, the PCC president said, while reminding both the government and also the farmers as how during the Congress regime the farmers would get payment for their produce within 24 hours and in the mandis closest to their homes.

He pointed out, during the Congress regime paddy coming from outside states had to be stopped at the borders as farmers from different states would try to sell their produce here as the system was so efficient and payments so prompt. “Thanks to the inefficiency and mismanagement of the AAP government, the trend has been completely reversed and now our farmers have to line up in the mandis of other states”, he said.

The PCC president argued that when farmers get proper price for their produce in their neighbourhood mandis, they never look for far off places to sell off their produce. “This government seems to have given up on its duty and responsibility to purchase farmers’ produce and make timely payments”, he observed, while blasting its claims of providing MSP on other crops. “What to speak of other crops, the government has failed to purchase paddy which already has the guaranteed MSP”, he remarked.