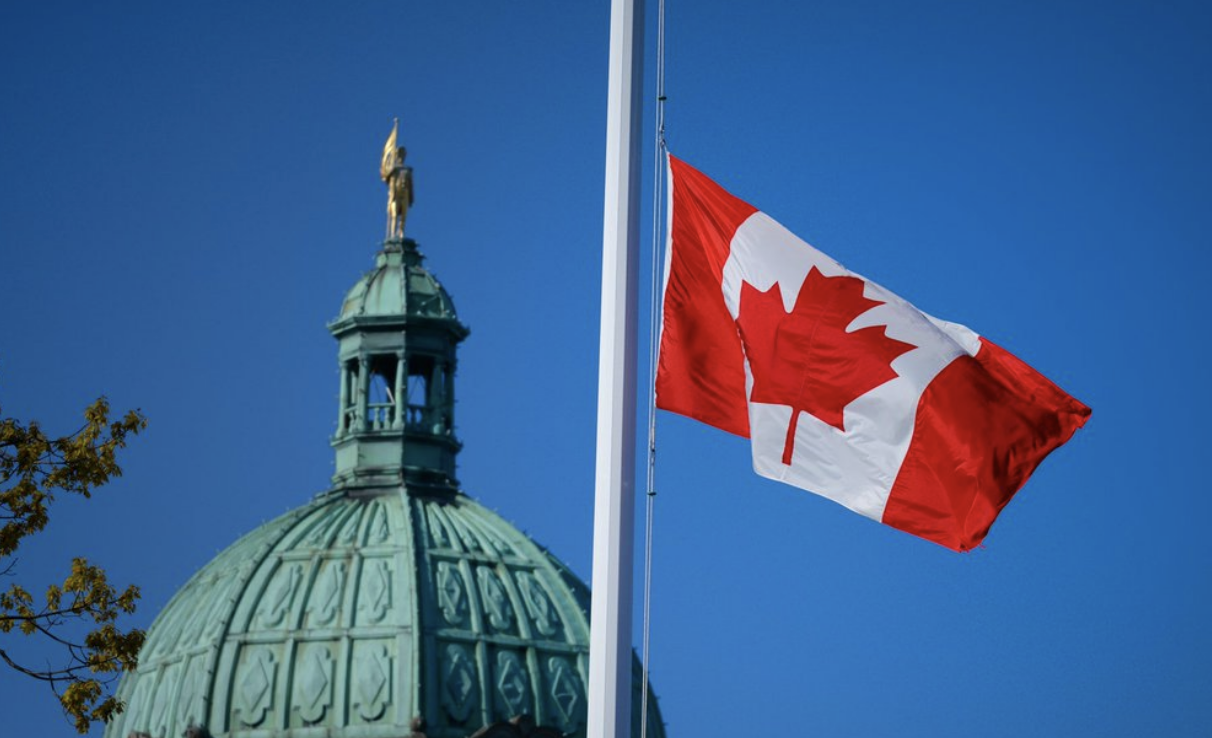 Flags at half mast in B.C. in recognition of Immense Tragedy at Kamloops Residential School

As the province processes news of the remains of 215 children discovered at the site of a former residential school in Kamloops Flags across British Columbia are being lowered to half-mast.

“Let us make no mistake, the residential school system was an instrument of genocide.” Vancouver Mayor Kennedy Stewart said in a statement. “Confirmation of the bodies of 215 children at Kamloops Indian Residential School, buried unceremoniously and away from their families, culture, and lands, is yet another immeasurable tragedy stemming from Canada’s residential school system. At Council’s direction, the flag at Vancouver City Hall has been lowered to half-mast and flags at other City and Park Board facilities will be lowered as well.”, Mayor added.

Flags at the B.C. legislature and federal buildings were also lowered Sunday.

The flag at Vancouver City Hall has been lowered to half-mast in recognition of the immense tragedy at Kamloops Indian Residential School, where the bodies of 215 children were confirmed buried.

Flags at other City & Park Board facilities are also being lowered.#vanpoli