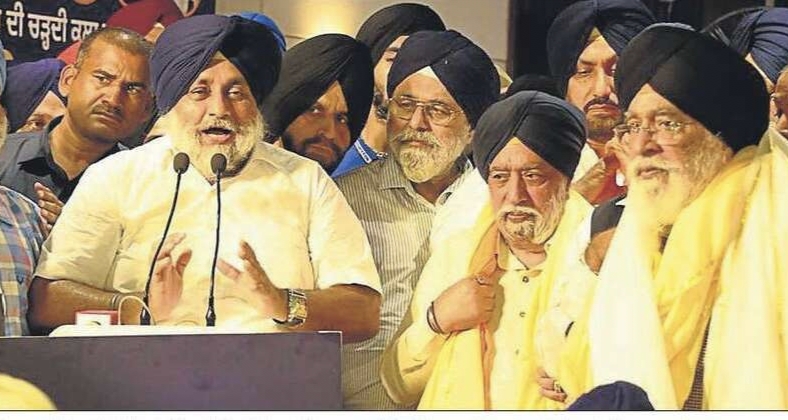 Describing the development as “a turning point in Sikh and Punjab politics a game changer”, SAD president Sukhbir Singh Babal appointed Sarna as president of the Delhi State unit of the party and asked him to lead the campaign to unite entire Panth under one Panthic flag.

In his hard hitting and no holds barred speech, Badal lasted the “traitors of the Panth who operated in Sikh garb to promote and implement the conspired the enemies of the Sikh quom”

“Today, Khalsa Panth and its historic institutions are under attack from visible and hidden enemies who want to weaken the panth by breaking the Shiromani Gurdwara Parbandhak Committee (SGPC) by recognizing a separate gurudwara committee for Haryana. Unity is the historic need of the hour to fight external attack and internal sabotage”, he added.

Speaking on the occasion, Paramjit Sarna said he had never left the SAD and was still a solider of the party. “I have always worked for the welfare of the Panth and will continue to do so by way of the new responsibility bestowed on me today”. He also said those who had betrayed the SAD after contesting elections to the Delhi Sikh Gurdwara Management Committee (DSGMC) on the party ticket should seek forgiveness from the Panth as well as Guru Sahab and return back to the party fold.