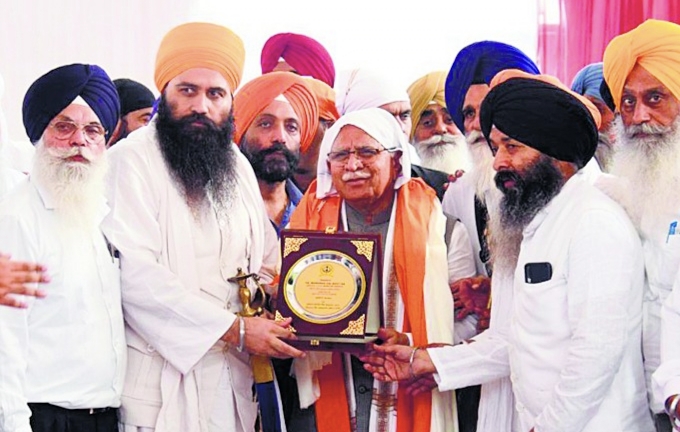 Chandigarh: Haryana Chief Minister Manohar Lal Khattar on Monday offered prayers at the historic Gurdwara Nada Sahib here. He offered prayers at the gurdwara and took blessings by paying obeisance. He said that the Haryana government, respecting the sentiments of the Sikhs, had made a good case for the state’s separate Gurdwara SGPC in the Supreme Court, which had resulted in favour of the Sikh Sangat of Haryana. This will further strengthen the unity of the Panth and increase brotherhood among the people.

Elections to the Haryana Gurdwara Parbandhak Committee (HSGMC) would be held within 18 months, the Chief Minister said. “There are various SGPC committees in Nanded Sahib, Patna Sahib and Delhi, so why can’t it be formed in Haryana,” the Chief Minister said. He said that as per the Supreme court’s order, the management of the Haryana Gurdwara Parbandhak Committee will be looked after by the ad-hoc committee till the elections are held. He said that there is talk of giving a plot of land in HSIDC in Panchkula to Nada Sahib Gurdwara, a decision will be taken soon.

He said that the ad hoc committee to be formed regarding the Gurdwara Committee will have the right to take all decisions and the government will not interfere in it. He said that the Sikh community of Haryana will get full support from the government and both of them will work together for the welfare of the society.