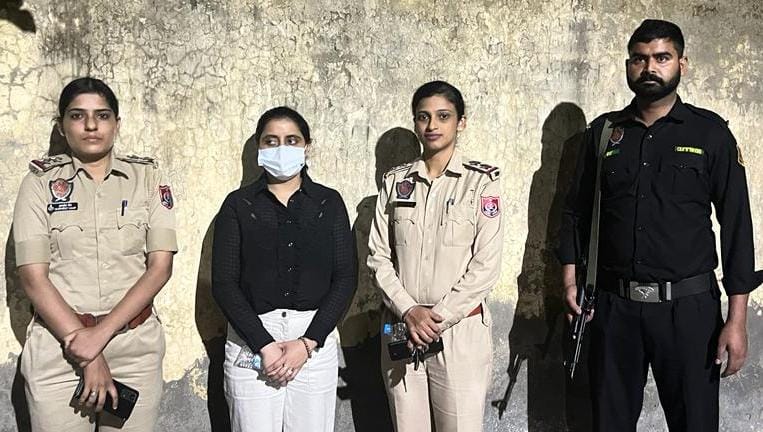 According to sources, the arrest has been made by the Anti-Gangster Task Force (AGTF). After a medical examination, the police produced her in the court and obtained the police remand of the arrested girl till October 14.

According to the police, the girl hails from Ludhiana district and is not a policeman as stated in some media reports earlier.

According to sources, the sacked CIA in-charge has also been shifted to some other district outside Mansa. According to the details, the girl has been picked up by the AGTF team from Mumbai. The police have also raided the village near Ludhiana district of the arrested girl. The girl had not been in touch with the family for a long time. According to the police, the girl had a major role in the escape of Deepak Tinu.

Raids were being conducted by the Punjab Police in Haryana, Rajasthan and other parts of the country to arrest him. The police have also issued a lookout notice against Deepak Tinu. But now sources have learnt that Deepak Tinu has managed to run abroad.

According to sources, Deepak Tinu soon became close to the CIA in-charge when he was brought on a production warrant by the Mansa police. The police had also taken his remand in five other cases.

“Major breakthrough in Deepak Tinu custody escape, #AGTF @PunjabPoliceInd arrested woman accomplice of Tinu from #MumbaiAirport in an intelligence-based ops. She was with criminal when he escaped & was on way to #Maldives when nabbed. Further #investigations to nab Tinu underway,” Punjab DGP Gaurav Yadav wrote in a tweet.