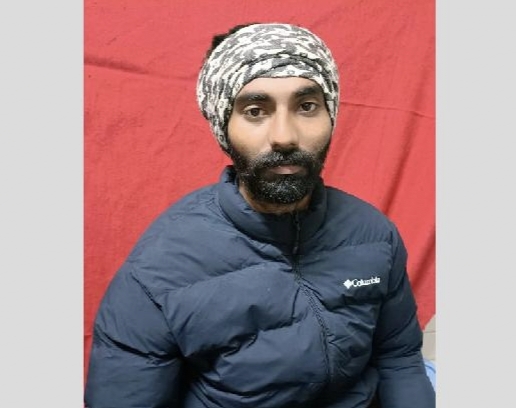 Gangster Gurpiar arrested by Punjab Police after a brief encounter

Chandigarh: An encounter broke out between gangsters and police in Talwandi area of Ferozepur district of Punjab on Friday.

Gangster Gurpiar, an accomplice of gangster Arsh Dalla injured in police counter firing near Talwandi. The policemen then caught him.

Police said that he is an associate of Arsh Dalla, who was recently declared a terrorist. Gangster Gurpiar Singh was wanted by Punjab Police in several criminal cases

In fact, the Punjab Police team had set up a naka in Talwandi. At the same time, gangster Gurpiar Singh started passing by, when the police tried to stop him. The accused opened fire on the policemen to escape. In retaliation, the police also opened fire. Gurpiar Singh sustained bullet injuries during the brief exchange of fire between the two sides.

Meanwhile, the policemen surrounded him from all sides and nabbed him. The Union Home Ministry has recently declared Arsh Dala as a terrorist.

Meanwhile, injured gangster Gurpiar Singh has been taken to a local hospital by a police team. After treatment, the police will present him in court and seek his remand for interrogation.

The police will now interrogate the accused about what crimes the accused was trying to commit and who are the other accomplices of his network.