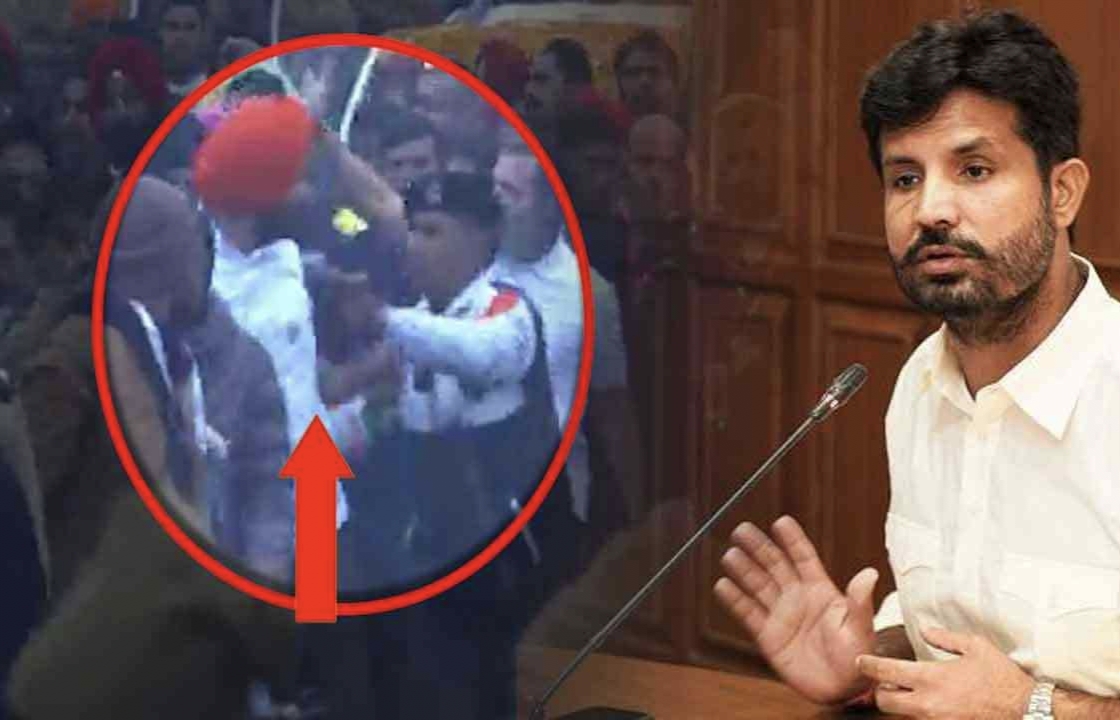 All this happened in front of Rahul Gandhi. However, there was no reaction from his side. After the video surfaced online, Warring is getting a lot of flak on social media and opposition. However, Congressmen clarified that he was taking a common worker to meet Rahul.

In the video footage, it could be seen that Warring was walking a man with him to meet Rahul Gandhi. As soon as he brought the worker closer, the security guard accompanying Rahul saw him. He immediately pushed the worker aside and pushed Raja Warring aside from the front of Rahul. After which there was a hot talk between the security personnel and Raja Warring.

Additional precautions are being taken in the security of Rahul Gandhi in Punjab. Here only big leaders are allowed to walk close to Rahul. Apart from Raja Warring, leader of opposition Partap Singh Bajwa is also among them.

Rahul Gandhi’s visit has been given the highest security in Punjab. In Haryana, there was a circle of workers in front and behind Rahul Gandhi. There is a police cordon all around in Punjab. Rahul has been given three layer security here. Punjab Congress itself had also expressed concern about this. He had met CM Bhagwant Mann and asked him to ensure Rahul’s security.