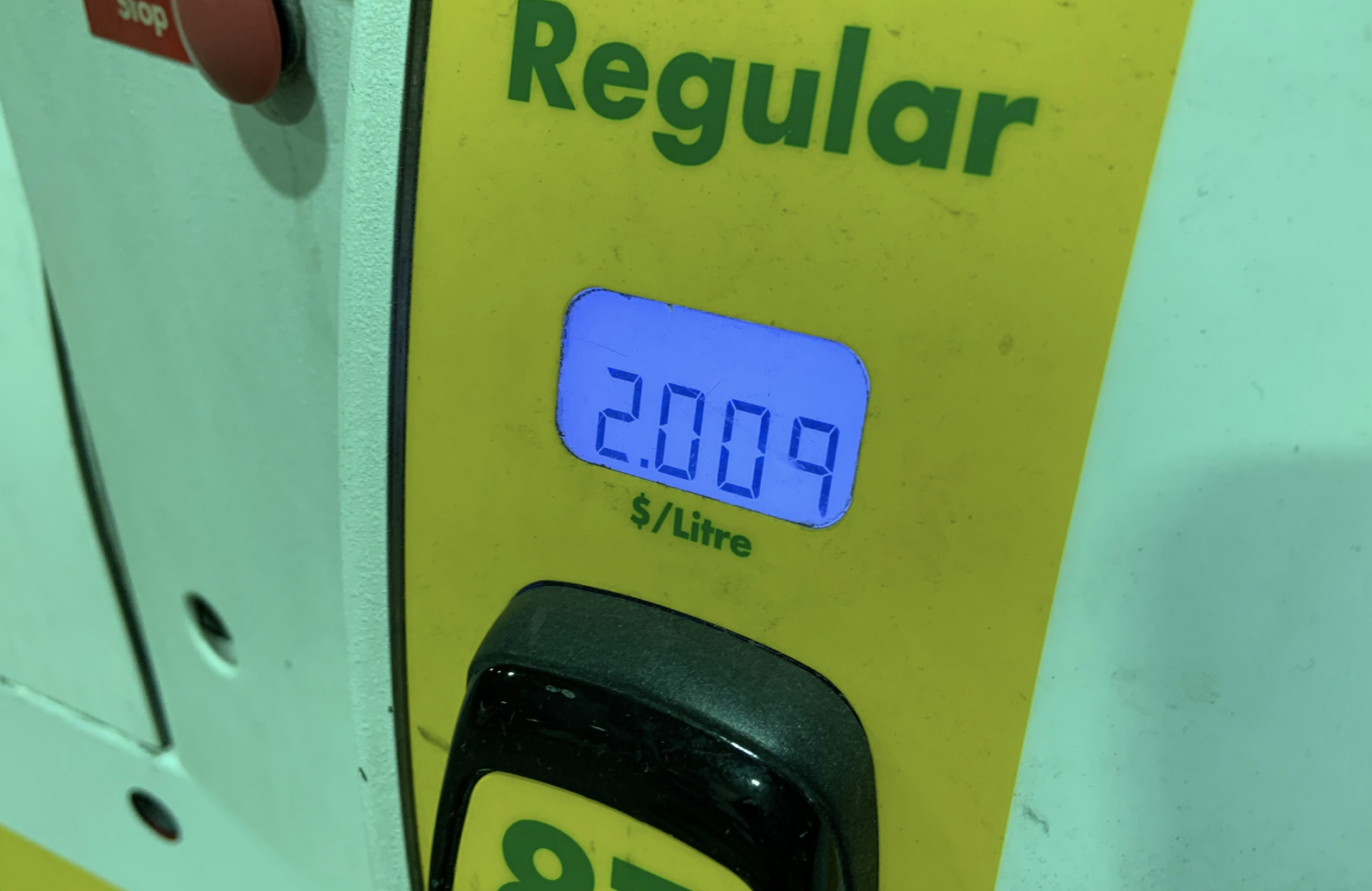 The price of gasoline has topped $2 a litre in British Columbia as Canadians continue to see eye-popping numbers at the pump this week.

On Thursday, the retail price of regular gas reached $1.94 per litre in Vancouver, $1.66 per litre in Toronto and $1.76 per litre in Montreal, according to Natural Resources Canada.

Russia’s invasion of Ukraine has pushed oil prices to levels not seen in eight years as tanker companies shun Russian crude and sanctions exclude some Russian banks from a global payments system, severely disrupting its exports.

Russia produces 10 per cent of the world’s oil supply.

The benchmark West Texas Intermediate price breached US$111 per barrel in this morning’s trading after peaking earlier over $113.