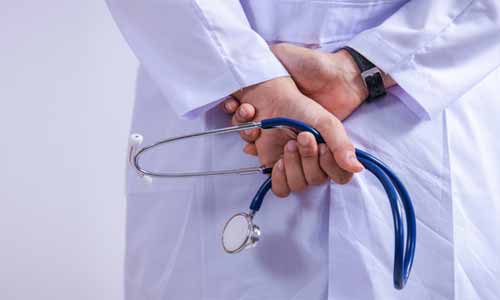 In a blatant disregard for rule of law, Guntur Collector Samuel Anand Kumar lost his cool and ordered the arrest of a doctor who raised the issue of shortage of beds for COVID-19 patients at a review meeting.

In video that went viral, the Collector is heard saying, “What nonsense, how dare he call me. Arrest him immediately.”

The incident happened in Guntur, Andhra Pradesh, during a review meeting being held at the Town Hall when Dr Somlu Naik, a Medical Officer working at Nandendla Primary Healthcare Centre, pointed out the shortage of beds.

Kumar lost his cool and ordered Dr Naik’s suspension and arrest. The entire incident was caught on camera.

Sources said that the Collector first contradicted the concern raised by Dr Naik by saying, “This was not true.” He asked if the concern was raised before the District Medical Health Officer (DMHO).

When Dr Naik quietly tried to take his seat in the auditorium of the Town Hall, the Collector, who is only heard and cannot be seen in the video, said: “What nonsense. Where is this doctor from? Take him away and arrest him. How dare he asks me – who am I? Arrest him under disaster management sections. Take him away.”

Kumar then directed the DMHO Dr J Yasmin to suspend Dr Naik and directed Nasaraopet DSP Veera Reddy to arrest him right there.

The police took Dr Naik to Narasaraopet DSP office and later released him.

The DMHO later said: “No disciplinary action has been taken so far as no instruction has come from the Collector’s office.”

“During a review meeting on corona in Narasaraopet in Guntur district, Nadendla medical officer Somlu Naik, who questioned why officers like him were being blamed for the increase in cases without minimum facilities being provided, was arrested. I condemn his brutal arrest. Somlu Naik should be released immediately!”

The Andhra Pradesh Government Doctors’ Association has also condemned the incident. The association has warned of a strike if arrest orders were not withdrawn and demanded a departmental inquiry into the alleged lapses pointed out by Dr Naik.