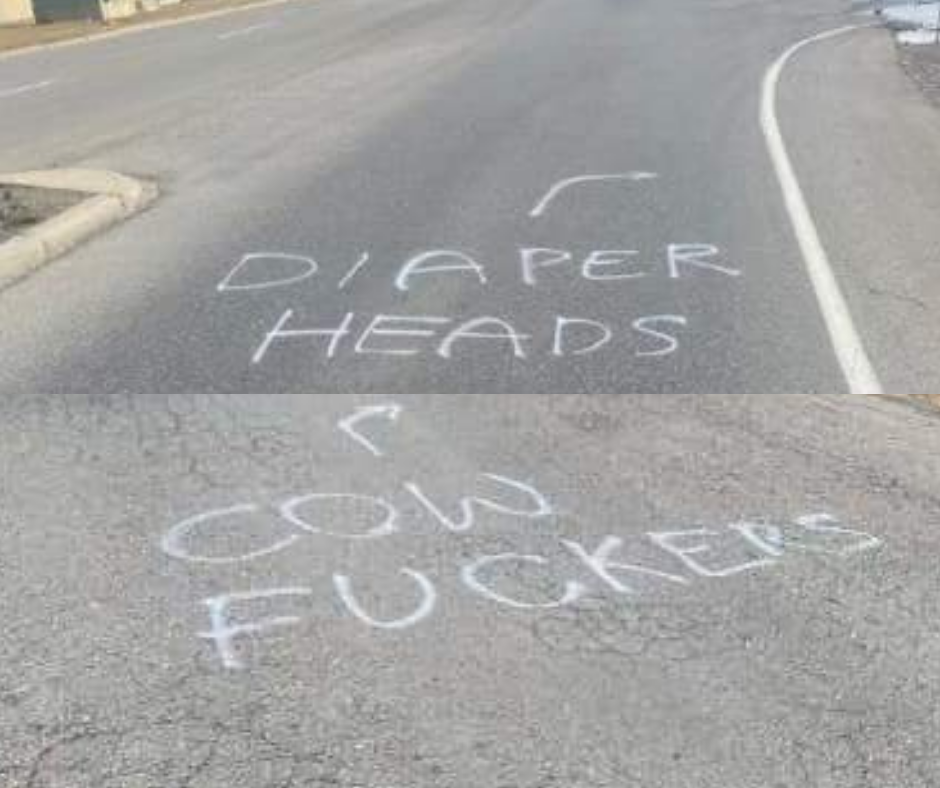 Sikh Society of Calgary was the targeted with racist graffiti. Gurdwara security footage failed to capture evidence of those behind the hateful messages.

The World Sikh Organization of Canada condemns the racist vandalism on the road leading to the Sikh Society of Calgary that was reported to police on Monday. The racist graffiti included insulting language directed at turbans.

This is the second time the Sikh Society of Gurdwara has been targeted for racist graffiti.  In December 2016, the gurdwara walls were defaced with a swastika and profanity.

Ironically, Jyoti Gondek, who comes from a Sikh background, was sworn in as mayor of Calgary on Monday.   Gondek joins Amarjeet Sohi in Edmonton as the first Sikh mayors of major cities in Canada.

“It is disappointing to once again see racist vandalism at the Sikh Society of Calgary gurdwara. It’s ironic that the incident comes the same day Alberta saw two Sikhs, Jyoti Gondek and Amarjeet Sohi, become the mayors of its two largest cities, Calgary and Edmonton, respectively.   While this incident is concerning, we are even more concerned by a rising number of hate-motivated crimes targeting Sikhs across Canada.  We encourage community members to remain vigilant and report any such incidents to local authorities as well as to the WSO.”