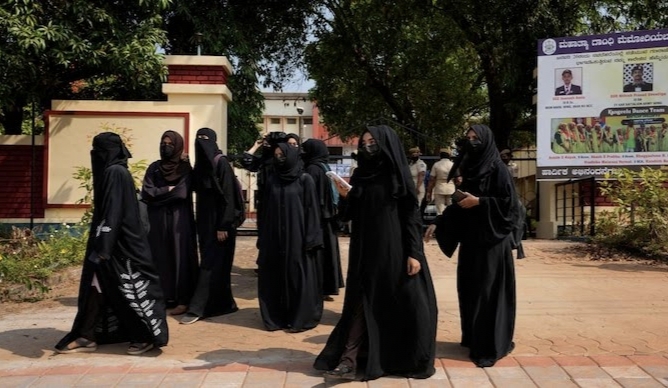 New Delhi: The hijab ban imposed in educational institutions of Karnataka will continue as the Supreme Court today pronounced a split verdict on the petitions challenging the Karnataka High Court order.

Differences have emerged between the two judges hearing the case. While one of the division bench judges, Justice Sudhanshu Dhulia, has written a judgment in favour of overturning the high court’s decision, Justice Hemant Gupta ruled in favour of upholding the high court’s decision. Now the matter is being sent to the CJI to constitute a larger bench.

In this petition, questions have been raised on the Karnataka government and it has been said that the decision to ban hijab was taken to target the Muslim community.

On behalf of Muslim students, it has been argued in the court that wearing hijab does not violate anyone’s fundamental right.

They argued that if there is no ban on turban, kada and bindi in schools, then why hijab was banned? As the hijab is also within the ambit of the right to religious freedom.

The hijab controversy erupted ten months ago when some Muslim students of a pre-university college in Karnataka’s Udupi were not allowed to attend classes wearing a hijab. Later, students in schools were also banned to wear hijab.

Following this, 17,000 students reportedly did not take the exam or left studies.