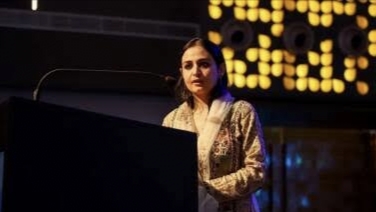 J&K Journo denied US visit to receive Pulitzer; US says ‘We are keeping a close tab’

New Delhi: Sanna Irshad Mattoo, a Pulitzer winning Kashmiri photojournalist, has alleged that the Indian government has stopped her from going abroad.

Disclosing this in a tweet, Mattoo wrote that she was going to New York to collect her Pulitzer Award, but the authorities stopped her at the Delhi airport. Now the statement of the US State Department has come out regarding this matter.

A US State Department official has said that the US is aware of reports that Pulitzer Prize-winning Kashmiri journalist Sana Irshad Mattoo was allegedly barred from traveling to the country. Mattoo had alleged that despite having a valid visa and ticket, immigration officials stopped him at the airport.

We respect press freedom – US

Vedanta Patel, Deputy Spokesperson of the Ministry of External Affairs, said, “We are aware of reports that Mattoo is being stopped from traveling to the US and we are closely monitoring these incidents.” He added, “We are committed to supporting freedom of the press and, as the Secretary of State noted, respect for press freedom and a shared commitment to democratic values is the cornerstone of the US-India relationship.”

Freelance photojournalist Mattoo was part of a team from Reuters that has been awarded the Pulitzer Prize in the ‘feature photography’ category for its coverage of the COVID-19 pandemic in India. In a statement, the Committee to Protect Journalists (CPJ) urged the Indian authorities to allow Mattoo to travel to the US to attend the Pulitzer Prize ceremony.