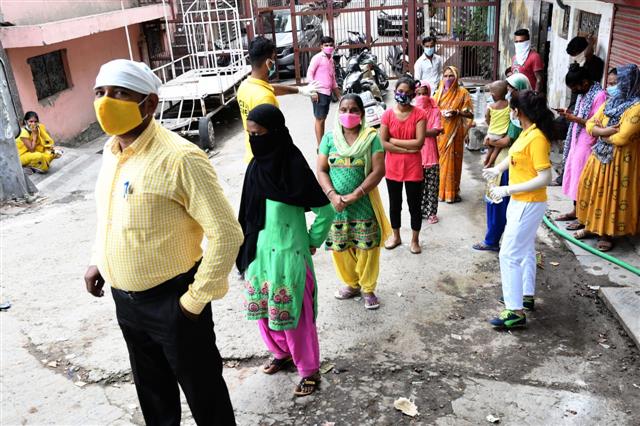 India continues to occupy the top position globally in terms of COVID-19 recoveries while the total number of active cases have witnessed a sustained downward trend with its percentage having reduced more than three times in just two months, the Union Health Ministry said on Monday.

With 53,285 people recuperating from the infection in a day, the total number of recoveries have surged to 75,44,798 on Monday, while at the same time the country recorded 45,231 new cases.

There are 5,61,908 active cases of coronavirus infection which comprises only 6.83 per cent of the total caseload in the country, the ministry said. The number of active cases remained below six lakh for four days in a row.

India has demonstrated an exponential increase in the number of COVID-19 cumulative tests since January 2020. Expanded testing has led to early identification and appropriate treatment of COVID-19. It has crossed the landmark of 11 crore total tests so far, the ministry said.

The country’s testing capacities have multiplied manifold with 2,037 laboratories across the country and with collaborative efforts of the Centre, states and union territories, it said.

The higher number of recoveries is also reflected in the continuous increase in the national recovery rate, which is at present 91.68 per cent. Of the new recovered cases registered in a day, 78 per cent are from 10 states and Union Territories.

Kerala and Karnataka have contributed the highest number to these with more than 8,000 cases. Delhi and West Bengal recorded more than 4,000 recovered cases each.

The Ministry said 80 per cent of the 45,231 new infections are concentrated in 10 states and UTs. Kerala surged to first place with 7,025 new cases while Delhi and Maharashtra, both reported more than 5,000 daily new cases.

Also, 496 deaths have been registered in a day with 10 states and Union Territories accounting for 82 per cent of new fatalities, the ministry said, adding 22 per cent of deaths reported are from Maharashtra with 113 followed by West Bengal with 59 fatalities.