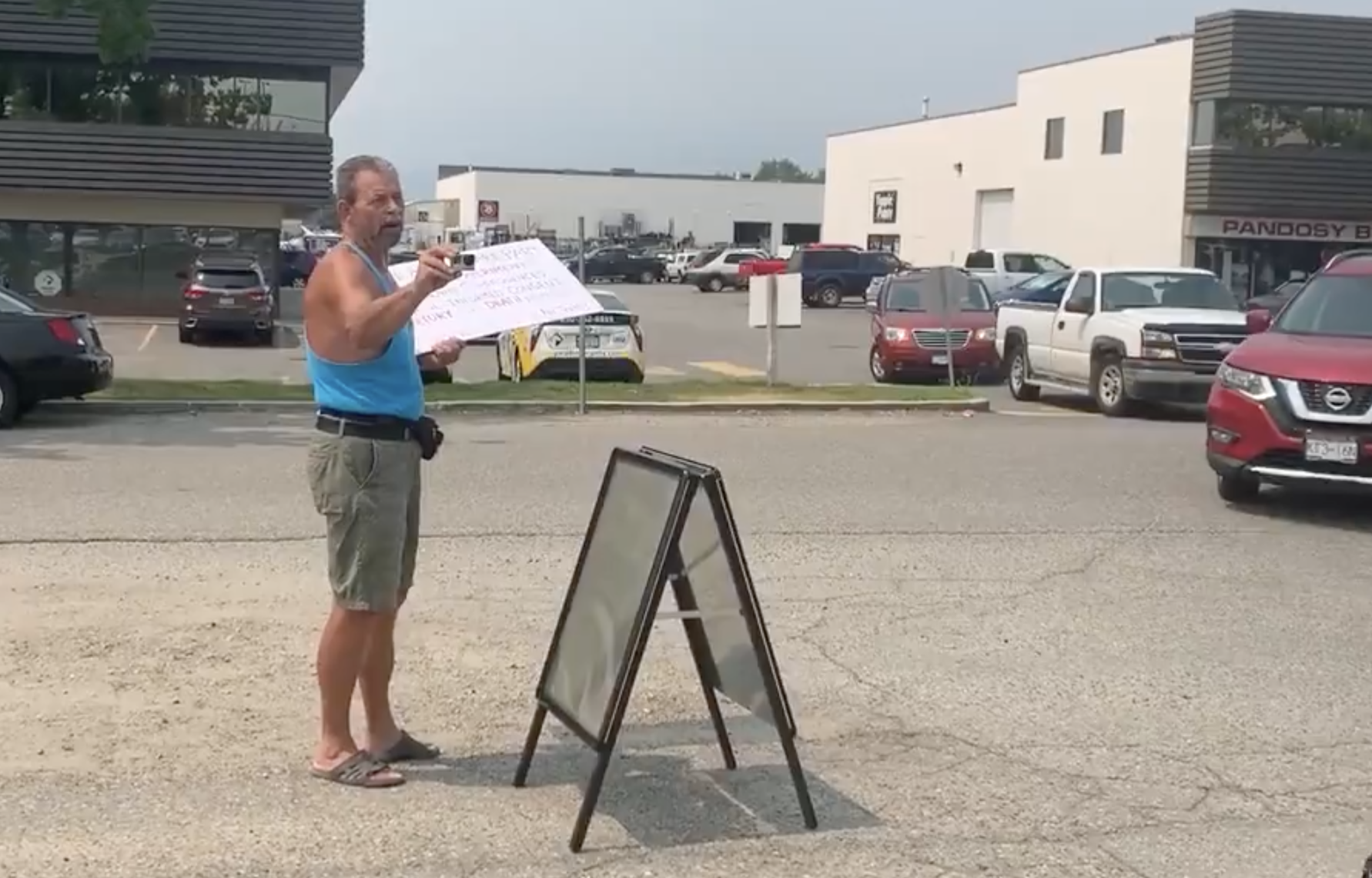 Kelowna RCMP investigating the racist incident at the vaccine clinic

On July 13, 2021 Kelowna RCMP responded to a complaint of protestors outside a COVID-19 vaccine clinic on Springfield Road in Kelowna.

“The original complaint was that protestors were impeding access to the clinic,” says Cpl. Jocelyn Noseworthy of the Kelowna RCMP. “Officers attended spoke with staff, and dealt with the protestors. No arrests were made at that time.”

Since then, a video has emerged of a protestor yelling what appear to be racially motivated comments and accusations at a staff member who asked him to leave the property.

The accused in the video has been identified by police, and the Kelowna RCMP is in the process of conducting a full investigation into this matter.

“We are now investigating this incident through the lens of the willful promotion of hatred under Section 319 of the Criminal Code,” says Cpl. Noseworthy. “Racism has no place in our community, and I want to reassure the public that this matter is being given the full attention of our General Investigative Support Team in consultation with the Provincial Hate Crimes Unit.”

Anyone who witnessed this confrontation and has not spoken to police is asked to contact the Kelowna RCMP at (250) 762-3300.

For more information on hate crimes please visit Resilience BC