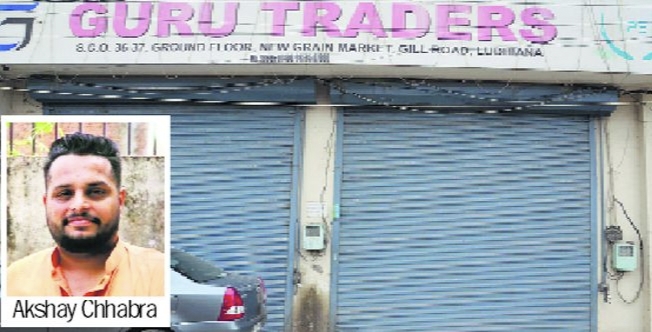 Chandigarh: In just two years, the arrest of Akshay Kumar Chhabra of Ludhiana, the son of a tea seller and a ‘crorepati’, in connection with the international heroin syndicate case has proved to be a big achievement for the Narcotics Control Bureau (NCB).

Chhabra, who also worked at a drugstore for some time, later became the owner of several commercial properties, which are said to be worth crores of rupees. Before becoming rich, he lived with his family in a small house in Janata Nagar in Ludhiana.

After being involved in the illegal work of smuggling heroin and preparing it, he bought a Palatial house in Nitesh Vihar. Apart from this, he also built a farmhouse. He also bought many expensive cars with the money he earned by selling drugs.

During a visit to Chhabra’s trading firm and godown at New Anaj Mandi, it came to light that he was in the business of wholesale sale of ghee, oil, rice and other commodities in the name of ‘Guru Kirpa Trading Firm’.

His neighbours also had no idea that he was running a drug syndicate linked to Pakistan and Afghanistan. The firm has now been sealed by the NCB.

A shopkeeper said that till two years ago, Chhabra’s father used to run a tea shop in the new grain market. The family was finding it difficult to make ends meet and continued to do many other things to earn money. He said Chhabra’s firm made a lot of progress as it started offering cheaper deals than the rest. He had rented warehouses and shops.

He said Chhabra’s firm made a lot of progress as it started offering cheaper deals than the rest. The godowns and shops he had rented have now been sealed by the agency. Heroin and other intoxicants have been recovered from these places. Several commercial vehicles have also been sealed.

According to the people living around, they never had any doubts and it seemed that the business of rice, oil and sugar was going on. Despite large-scale smuggling and production of heroin in Ludhiana, never in the last two years has the Punjab Police nor any other agency been able to get a clue about it.