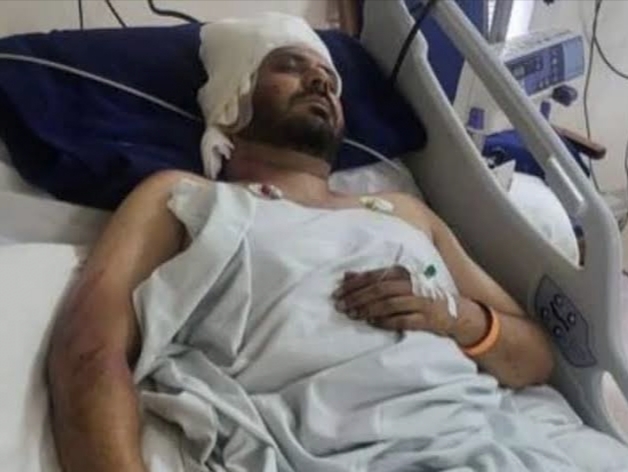 Chandigarh: In a deadly attack, popular Punjabi singer Alfaaz sustained serious injuries and is undergoing treatment at a hospital here. In this case, the police have detained his attacker, identified as Vicky Kumar.

The accused Vicky has been apprehended from Panchkula, Haryana. According to the information, there was a clash for a trivial matter and a person named Vicky assaulted the Punjabi singer. Singer Alfaz is said to be in critical condition.

The injured Punjabi singer has been admitted to Fortis Hospital in Mohali, where he is undergoing treatment. Bollywood singer and rapper Honey Singh gave information about this by sharing the picture of Punjabi singer Alfaz.

Honey Singh, while sharing the photo on social media, wrote that he has suffered serious head injuries and Alfaz’s condition is critical. He also warned that whoever attacked his brother Alfaz, he would not leave him. He also appealed to the people to pray for Alfaz.

Debut with Punjabi Song in the year 2011

Singer Alfaz is quite famous in Punjab. He is recognized as an actor and model as well as a writer. Alfaz was born in Chandigarh and his original name is Anantjot Singh Pannu. In the year 2011, he made his debut in the Punjabi song ‘Hi Mera Dil Se’ singing. Punjabi singer Alfaaz has also worked in some films. However, many artists and fans are praying for his recovery.