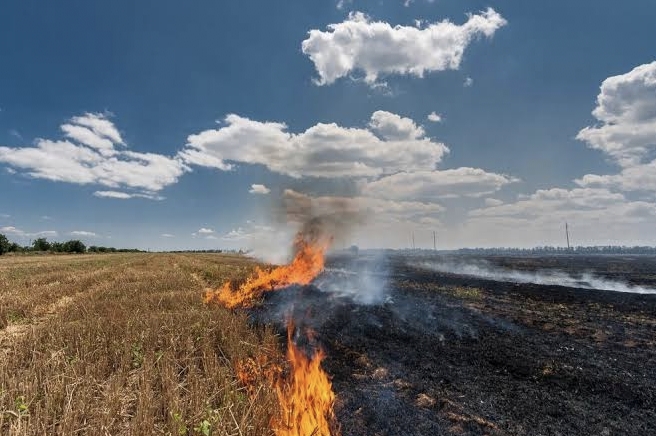 Chandigarh: With the end of the monsoon season, the farmers of Punjab have started setting fire to the stubble after picking up the paddy crop. This is the reason that in the case of stubble burning, Punjab has come first in the beginning, while Uttar Pradesh is in second place and Haryana is in third.

In three days till Sunday, 193 cases of stubble burning were reported in Punjab, Haryana and Uttar Pradesh. Among these, Punjab is at number one in burning stubble.

Agriculture Minister Kuldeep Singh Dhaliwal extended the deadline for applications for subsidy on Happy Seeder machines to check stubble burning. He talked about sprinkling of decomposer solution in 5000 acres under the pilot project of the Agriculture Department to absorb the stubble in the soil. The agriculture department canceled the leave of the employees, but all the preparations of the state government have proved insufficient.