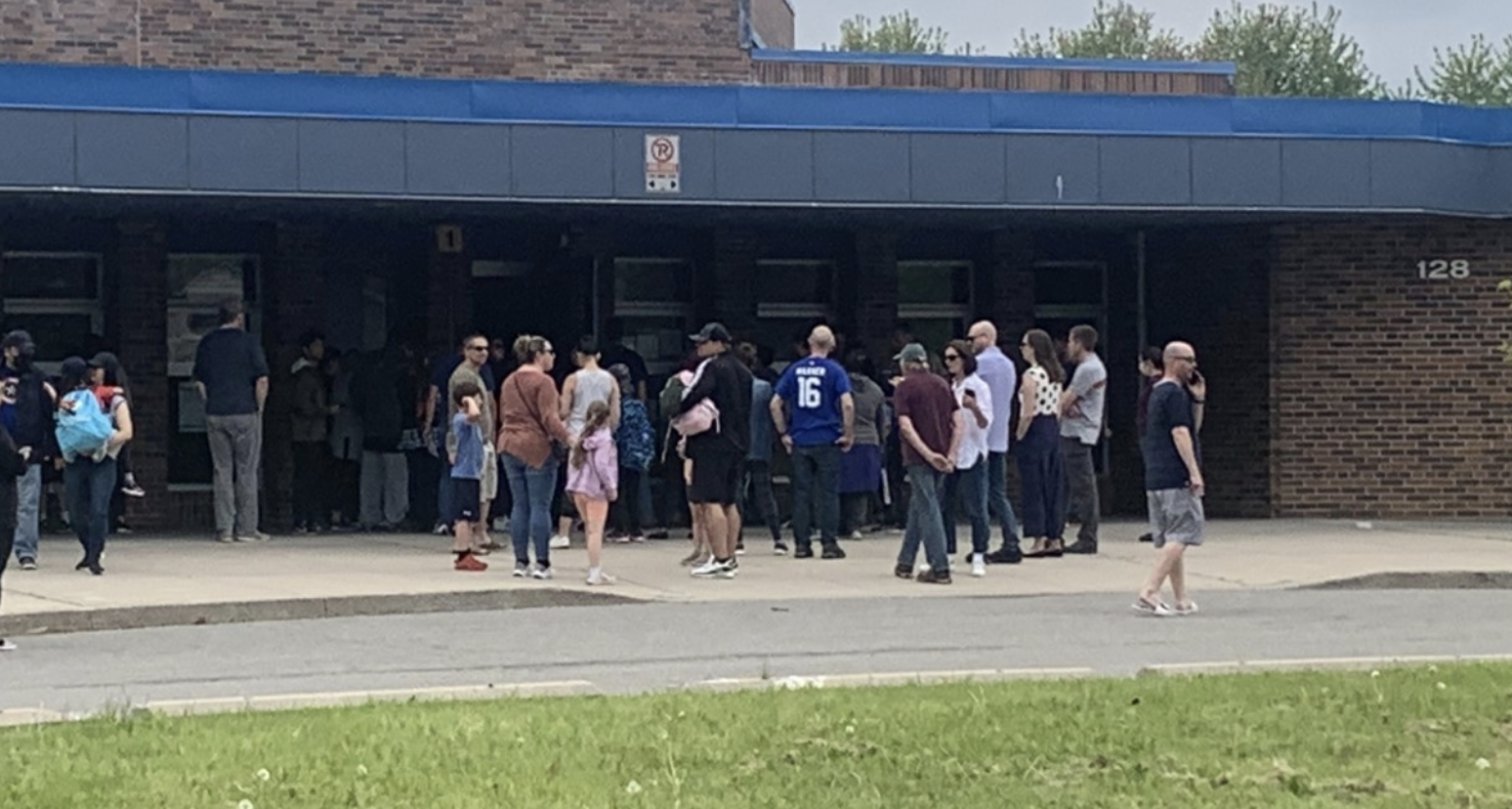 A person was shot near an elementary school in Scarborough’s Port Union neighbourhood on Thursday afternoon, forcing multiple Toronto schools on lockdown.

Around 1 p.m., police were called to Maberley Crescent and Oxhorn Road in response to reports of a person walking down the street with a rifle.

According to police, an officer fired a gun at a suspect, striking them at least once. The suspect is now in police custody and his condition is unknown.

At this moment, police say there is no greater threat to the public. At 3 p.m., a media officer will arrive on the scene to provide additional information.