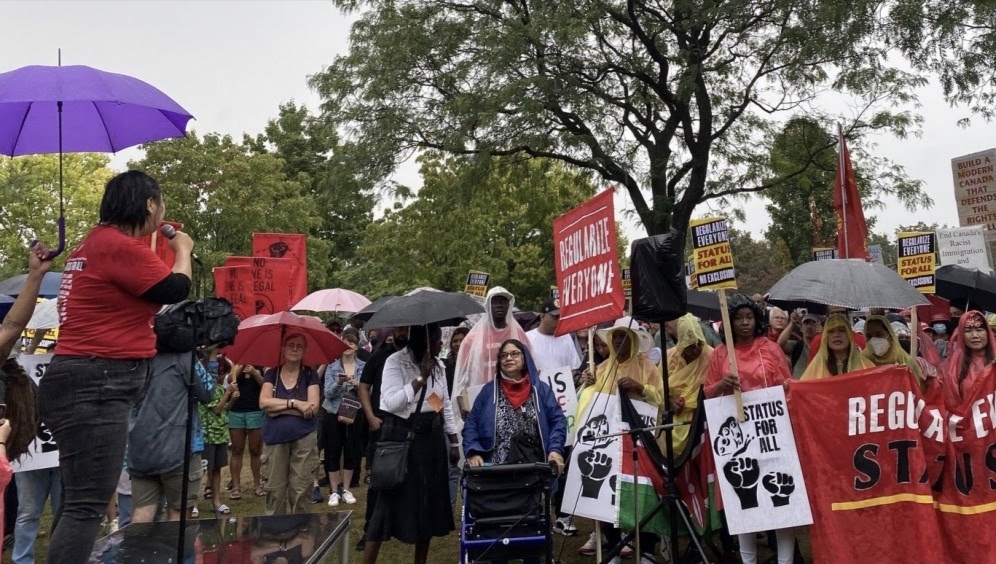 Ontario: Thousands of migrant workers and their supporters carried out rallies in various cities of Canada on Sunday, demanding from government to extend permanent status to undocumented people.

There was also a clamour for implementation of the inclusive regularization program for migrants who do not have documents, which is a long pending demands of migrants. There have been some steps taken by the federal government that seem to suggest that they are a bit closer to becoming this a reality.

Syed Hussan, executive director of the Migrant Workers Alliance for Change said it was a good opportunity for the Ottawa government to heed his group’s long-standing demand and to address to Canada’s demand for fundamental rights to undocumented people.

During the COVID-19 pandemic, Ottawa launched a regularization program for people working in the health sector and seeking asylum. Since then, Prime Minister Justin Trudeau has indicated that he intends to expand the initiative and a circular from December 2021 when PM Trudeau asked his immigration and citizenship minister to build on existing pilot programs to further explore ways of regularizing status, further bolster the hopes of the migrants.