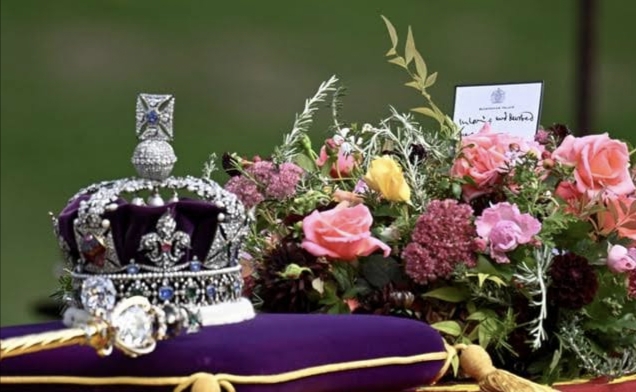 London: Queen Elizabeth II was given a final farewell on Monday and her coffin was lowered into the Royal Vault at St George’s Chapel in Windsor Castle.

Lord Chamberlain, the senior-most official in the British royal family, completed the ritual of breaking the ‘sceptre’. The royal family and hundreds of people paid their last respects to the late Queen.

Andrew Parker, the former head of Britain’s domestic intelligence service MI5, completed the ritual of breaking the ‘white scepter’ and placed it on the Queen’s coffin. This ritual marks the end of her services to the monarchy.

The Queen was buried at par with her husband Prince Philip. “We have gathered to hand over the soul of Queen Elizabeth, the servant of God, into her hands,” Windsor said. Earlier, as Queen Elizabeth II’s coffin was taken inside Westminster Abbey for a state funeral, Big Ben stopped and voices of prayers echoed in the air.

Members of Britain’s royal family as well as heads of state and prominent leaders from various countries around the world arrived here to pay homage to the late Queen. Also, millions of people witnessed the Queen’s last visit on television.