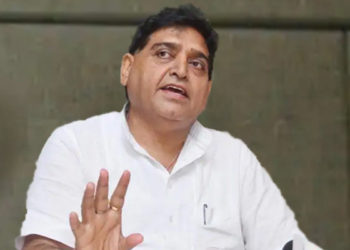 Over 90% of units have already started functioning, Arora said, assuring all aggressive assistance from the state to manage and alleviate Covid induced stress.

Referring to various initiatives taken by the Government during Covid, Arora said in order to give relief to the industries PSIEC had announced extension in time period of Amnesty Scheme besides announcing an OTS Schemes of PSIDC and PFC.

To provide relief to the loanee/promoted companies of PSIDC and PFC and facilitate overall development of industry in the State of Punjab, State Govt has extended the One Time Settlement Policy (OTS) for equity and loans-2018 approved by CMM in its meeting held on 3.12.2018 up to 31.12.2020, he added.

Further, Fiscal incentives under various policies: including the IBDP-2017, 56 Large and MSME Industrial Units with an investment of Rs. 5844.87 Cr. were considered and granted fiscal Incentives amounting to Rs. 1090.41 Cr.

We have also brought One-Time Amnesty Scheme for boilers for users which are operating without following the provisions contained in the Boilers Act, 1923 and the Indian Boiler Regulations, 1950, and without due approval of the state to get their boilers which are at present running to get regularized with the department.

Referring to various labour reforms announced by the Labour Department, Arora said that Fixed Term Employment was allowed for the benefit of Industry as well as labour besides exemption for all MSMEs and industrial units employing up to 100 workers from the applicability of Industrial Employment (Standing Orders) Act, 1946.

After the creation of congenial atmosphere for investment in state, Punjab Government has been able to persuade new investment to the tune of Rs. 67,985 crore in the period of 2017-2020 as compared to 31,323 crore in 2012-2017. The Cabinet Minister said that incentive of Rs 1090 crore has been provided to industrial units under the policy of 2017. He further divulged that power subsidy in tune of Rs 2920 crore has also been provided to industrial units, besides Rs 525 Crores have been spent on improvement of industrial infrastructure.

Mr. Sunder Sham Arora informed that state government also approved 6 industrial clusters in state with the investment of Rs. 89.16 crore as previous government had set up only one cluster with 14.07 crore.