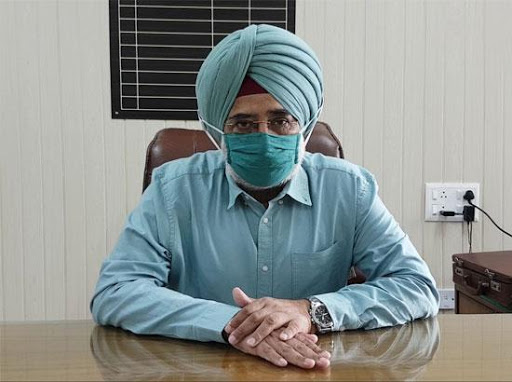 The ambitious Project of Chief Minister Capt. Amarinder Singh and state’s first sports university in Patiala had taken the first leap towards its long journey by commencing its first academic session at Prof. Gursewak Singh Government Physical Education College on September 1, 2019. Now several colleges in the state have joined the university.

The first and the founder Vice Chancellor of this prestigious sports university Lieutenant General (Retd.) Mr. J.S. Cheema said that under the leadership of Chief Minister Capt. Amarinder Singh, Maharaja Bhupinder Singh Punjab Sports University has initiated the standardization of sports education by affiliating sports colleges of the state. Mr. Cheema said that besides this two more Government Arts and Sports Colleges Jalandhar and Government College Kala Afghana, Gurdaspur have been accorded the status of Constituent College of this University.

“The layout for the construction of the new campus of Sports University at Sidhuwal was in its final stage and its foundation stone was likely to be laid by the end of October”, said the Vice Chancellor, adding that despite the Corona pandemic and lockdown situations, enrollment of students in Sports University was started, which received overwhelming response. He said that for 50 seats of BPES, 140 applications have been received. The merit list of the first 50 students has also been released. Similarly, registration for the Post Graduation in Yoga and M.Sc. of Yoga courses is also getting a good response. He said that with the aim of building the infrastructure of Maharaja Bhupinder Singh Punjab Sports University, renovation of Gymnasium Hall at Prof. Gursewak Singh Govt Physical Education College was started by Punjab Health Minister Mr. Balbir Singh Sidhu on August 15.

Registrar Mrs. Surbhi Malik added that she hoped that this university would play a vital role in fulfilling the dream of the Chief Minister Capt. Amarinder Singh to make Punjab a leading state in the country in the field of sports.