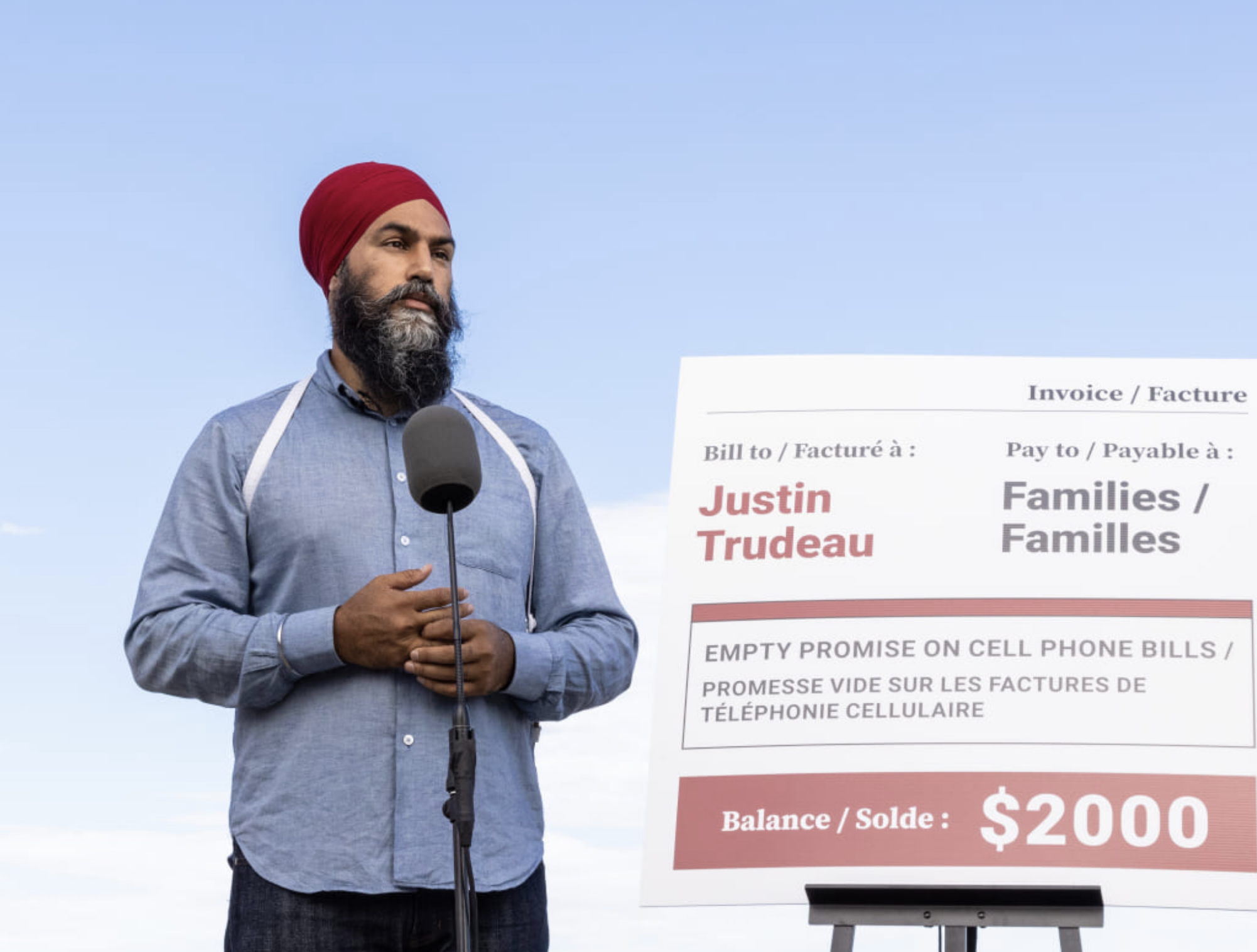 WINDSOR – While visiting Windsor today, NDP Leader Jagmeet Singh released his plan to lower cell phone and internet bills, saving the average family $1,000. While Justin Trudeau has talked a lot, after six years as prime minister, he is still siding with large telecom corporations who are charging Canadians some of the highest fees in the world.

“Cell phones and the internet are more than a luxury, they are a necessity,” said Jagmeet. “Most Canadians are paying hundreds of dollars a month for barebone cellular and internet plans—often with terrible service. That’s wrong. The pandemic showed us just how important affordable access to these services are for Canadians when it comes to work, school or even connecting with loved ones.”

Jagmeet committed to work with the CRTC to force telecom giants to reduce the prices on all their plans and cap their fees below the global average. His plan also includes requiring telecommunication corporations to offer unlimited wireless data options at an affordable rate, so no Canadian is hit with a surprise bill.

In 2019, Justin Trudeau promised to cut cell phone bills by $1,000 per year for a family of four, but he abandoned his commitment after the big telecommunication companies lobbied him. Over two years, while leaving families to pay $2,000 more for their cell phone bills than he promised, Trudeau gave big telecom companies hundreds of millions of dollars in no-strings-attached subsidies, much of which went to CEO bonuses and shareholder dividends.

“Not only did Justin Trudeau abandon his promise to lower bills, he sided with Canada’s powerful telecom giants who jacked up rates to some of the highest in the world, and forced Canadians to pay the price,” said Jagmeet.  “I’m not Justin Trudeau. I don’t answer to big corporations and I know Canadians can’t afford more of Justin Trudeau’s empty promises. I’m fighting for you. And I will make your bills cheaper.”