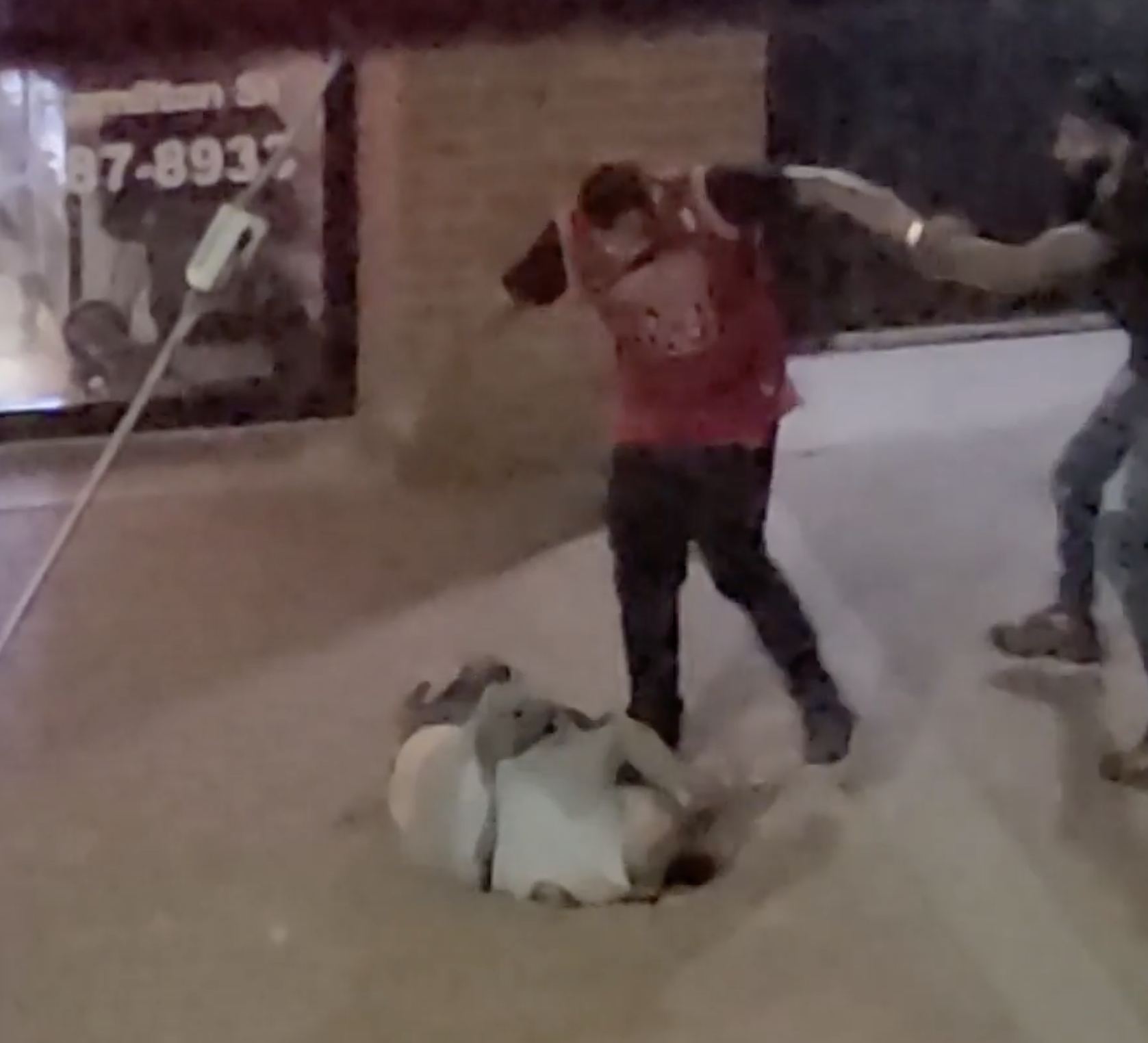 Vancouver – Vancouver Police released video today showing a violent and unprovoked attack on a homeless man, and ask anyone who can identify the suspect to call police.

“We’d like everyone to take a good look at these images,” says Sergeant Steve Addison, VPD. “We’re confident someone knows these people and can help us solve this crime.”

The bystander video was taken around 1 a.m. on July 26, on Hamilton Street in Yaletown. It shows a man in his 20s arguing for several minutes with a group of people, who he appears to know. When a homeless man walked by the group, the suspect swatted him in the head, chased him down the sidewalk, pushed him to the ground, and repeatedly kicked him.

“This must have been terrifying for the victim, who is already vulnerable and did not deserve to be treated this way,” adds Sergeant Addison. “We owe it to him to solve this crime and we’re asking anyone with information to give us a call.”

The suspect is believed to be in his 20s, may wear glasses, and has an above-average build and a medium skin-tone. He was last seen walking away from the crime scene in company of other men.