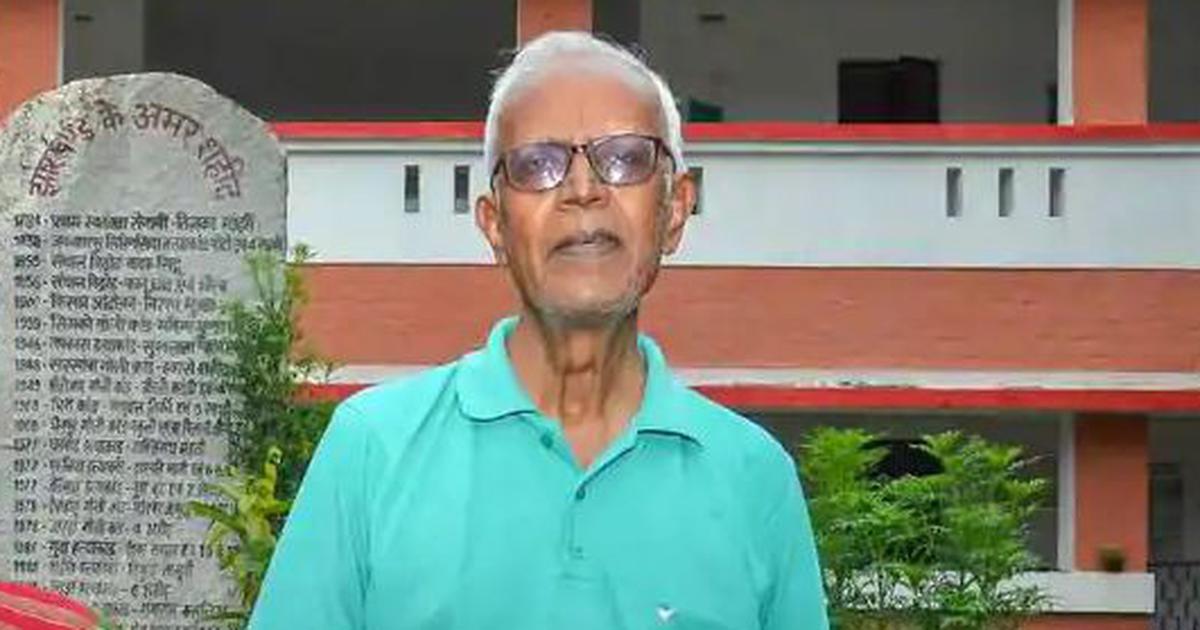 The National Investigation Agency (NIA) on Friday filed a chargesheet against eight people, including activists Gautam Navlakha and 82-year-old Father Stan Swamy, for their alleged involvement in inciting a mob to violence in Bhima Koregaon near Pune on January 1, 2018, officials said.

Swamy, who said he had never been to Bhima Koregaon, was arrested from his home in Ranchi on Thursday evening and brought to Mumbai where he was produced before a court on Friday and remanded in judicial custody till October 23.

He is possibly the oldest person to be charged under the Unlawful Activities (Prevention) Act (UAPA), officials said.

Barring one person – Milind Teltumde who is absconding – all other named in the chargesheet for allegedly conspiring against the government are in judicial custody.

NIA spokesperson and Deputy Inspector General of Police in the agency Sonia Narang said the chargesheet was submitted before a designated court here.

They were arrested during the course of the investigation into the violence on January 1, 2018 in which one person was killed and several injured after clashes at the 200th anniversary celebrations of the Battle of Koregaon near Pune.

Navlakha and Teltumbde had surrendered before the NIA in April this year.

The NIA chargesheet against the eight does not mention human rights activist Sudha Bharadwaj, who has been in jail since 2018. She was arrested by the Pune Police in the case along with Vernon Gonsalves and Arun Ferreira in August 2018.

Swamy’s lawyer Sharif Shaikh said his client was produced physically before the court. “The NIA did not seek his custody. He is aged. We will peruse the papers and file for a bail,” he said.

The cleric is the sixteenth person to be arrested in the case, in which people have been booked under various sections of the Indian Penal Code and the anti-terror law UAPA.

NIA officials said investigations established he was actively involved in the activities of the CPI (Maoist).

The agency alleged that Swamy had also received funds through an associate for furthering the agenda. Besides, he is convenor of the Persecuted Prisoners Solidarity Committee (PPSC), a frontal organisation of the CPI(M), the officials claimed.

They said literature, propaganda material of the CPI(M) and documents related to communications for furthering the group’s programmes were seized from his possession.

Ahead of his arrest in the evening, Swamy posted a video on Thursday morning saying the NIA had been interrogating him and had questioned him for 15 hours during a span of five days.

“Now they want me to go to Mumbai, which I have said that I won’t go,” he said, citing the pandemic.

The video, posted on YouTube, was recorded two days before his arrest.

“I have never been to Bhima Koregaon for which I am being made an accused,” he said.

He added that he had asked for questioning through video conference and hoped that better “human sense” would prevail.

“…what is happening to me is not something unique happening to me alone, it is a broader process taking place all over the country. We all are aware how prominent intellectuals, lawyers, writers, poets, activists, student leaders are all put in jail because they have expressed their dissent or raised questions about the ruling powers of India,” Swamy said in the video.

He said he was part of “the process” and in a way happy to be so because he was not a silent spectator and was part of the game.

“I am ready to pay the price whatever be it,” said Swamy.

The Bhima Koregaon case was taken over by the NIA on January 24 this year. The Pune Police have alleged that the violence was caused following speeches given by members of the group Elgar Parishad on December 31, 2017. Violence broke out the next day