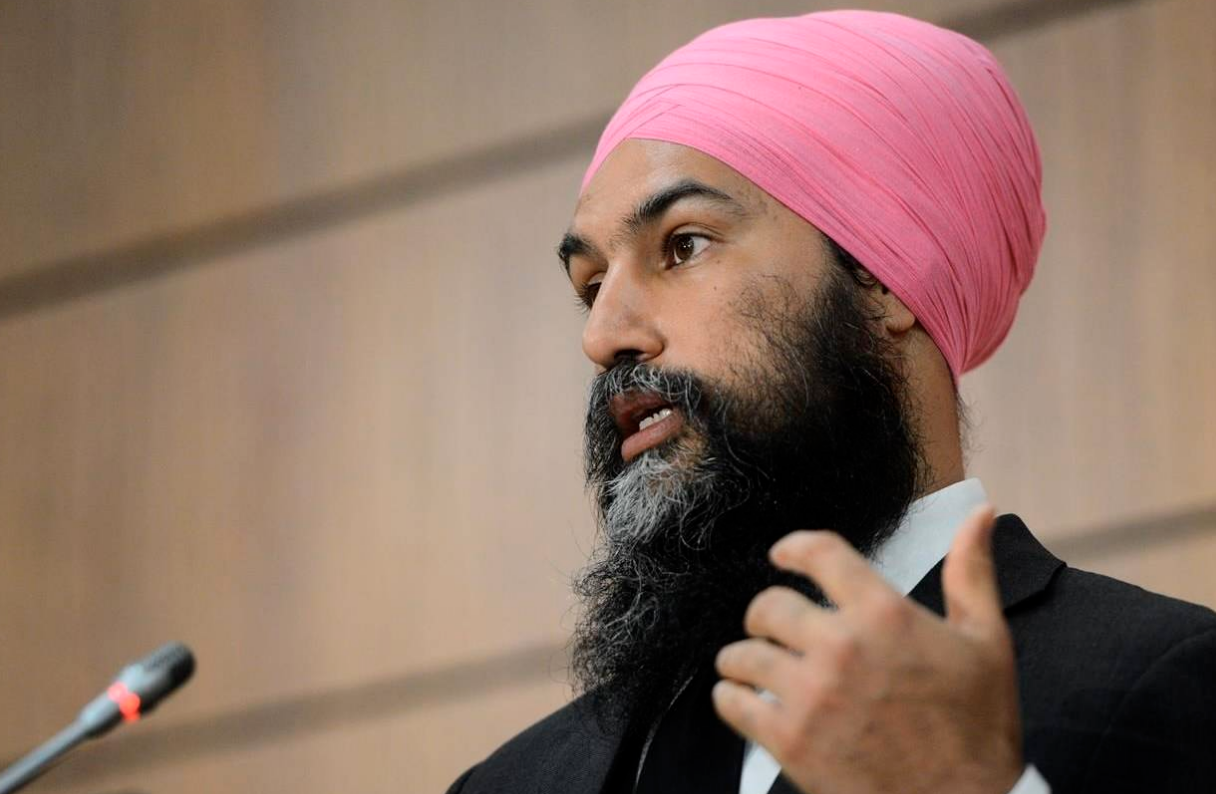 OTTAWA– Standing alongside NDP candidates in front of the Parliament buildings, Jagmeet Singh committed to crack down on the loopholes that Trudeau has allowed billionaires to profit from and promised to make the ultra-rich pay their share to fund the services families need.

“Even before the pandemic, families were struggling while billionaires and corporations made a fortune. In the last six years, Justin Trudeau has said he’d change things, but he did nothing while the ultra-rich used tax loopholes to make record profits,” said Jagmeet. “Trudeau’s free ride for the rich has to end. We need to make the ultra-rich pay their fair share so we can invest in creating good jobs, expanding health care, eliminating student debt, and delivering the help people need.”

For years, while regular families struggled to pay the bills, buy their medication, or find a home they could afford, Justin Trudeau has allowed wealthy corporations and the billionaires who run them to avoid paying billions of dollars through big tax loopholes. In the year before Justin Trudeau was elected prime minister, Canadian corporations failed to pay nearly $10 billion in taxes they legally owed, and the Parliamentary Budget Office estimates Canada loses as much as $25 billion in tax revenue every year to corporate tax avoidance.

“For six years as prime minister, Justin Trudeau has refused to crack down on tax cheats and allowed the gap between Canada’s ultra-rich and everyone else to grow,” said Jagmeet. “He’s protected the ultra-rich by refusing to hold them responsible, weakened enforcement, and allowed tax avoidance to get worse. He’s even cut the number of audits required for big corporations.”

An NDP government would take steps to close loopholes that benefit billionaires, crack down on tax evasion and strengthen enforcement. Jagmeet’s plan includes going after unfair stock options, increasing public reporting on corporate taxes, and strengthening enforcement with $100 million investment for staff and resources at the Canada Revenue Agency.