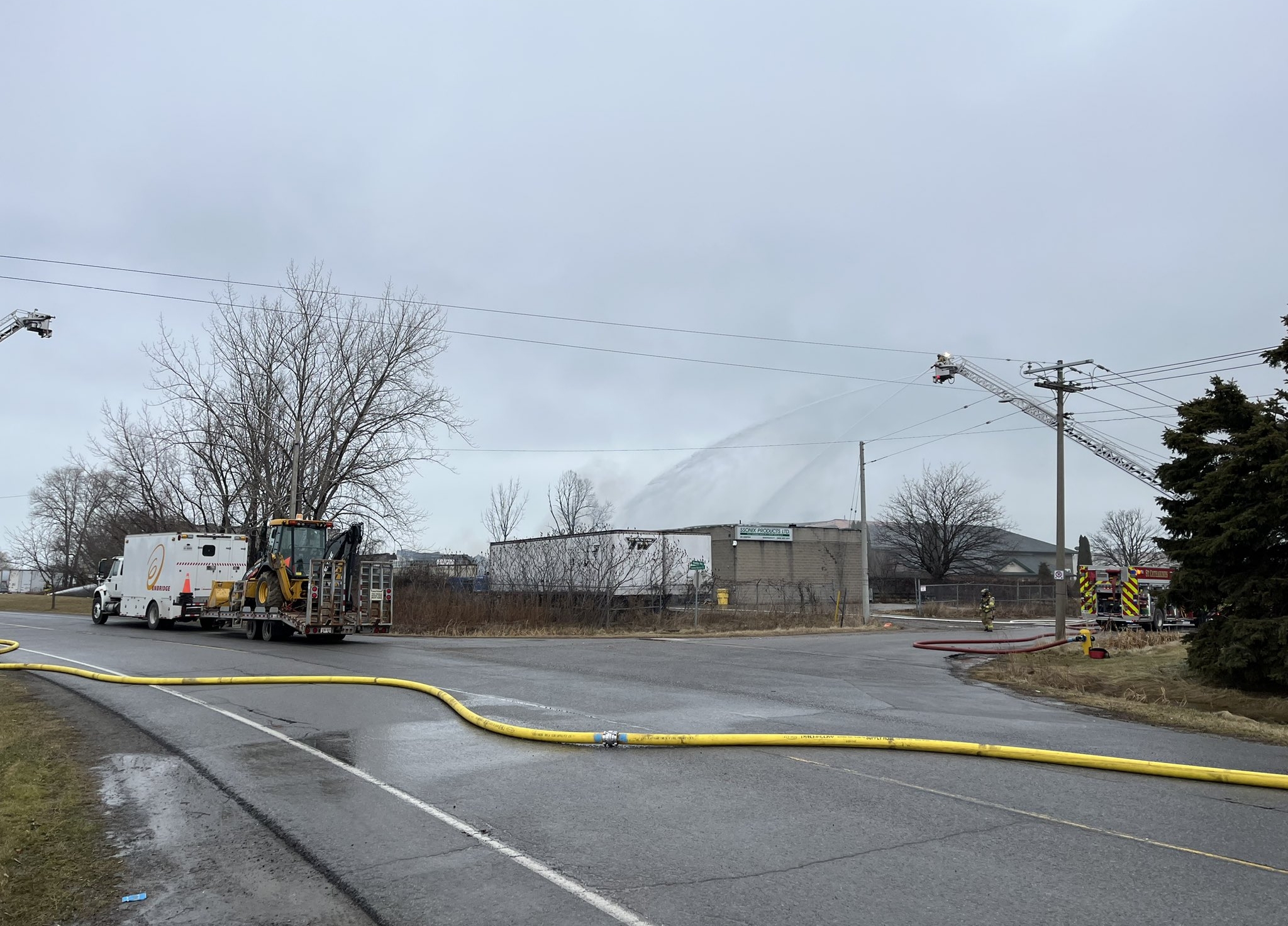 Ontario: Emergency responders have rushed to the scene to douse the massive fire in St Catherine’s and one person was hospitalised with serious burn injuries while all houses have been evacuated safely.

Reports of an explosion were also received from the spot.

Niagara Regional Police said they received reports of an explosion at the upper end of St. Catherine’s near Seaway Halles and Keefer Roads at 6:36 a.m. and called 911 to call police.

According to information provided by the Niagara police, they also took emergency service personnel with them. St Catherine’s Fire Service as well as several units of Niagara Emergency Medical Services were also rushed to the spot. 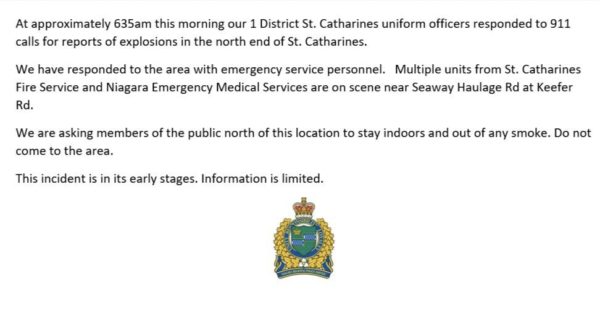 People living in this area have been asked to stay indoors and avoid smoke, he said.

Officials said in a tweet that fire is under control at Keefer Rd but crews are still on scene addressing hot spots. The @ONFireMarshal is on scene to begin their investigation. @Enbridge is also on scene securing gas lines to the site.

Attention all residents evacuated earlier because of the fire on Keefer Road can return to their residences. The shelter in place order to surrounding areas is also lifted, officials said.