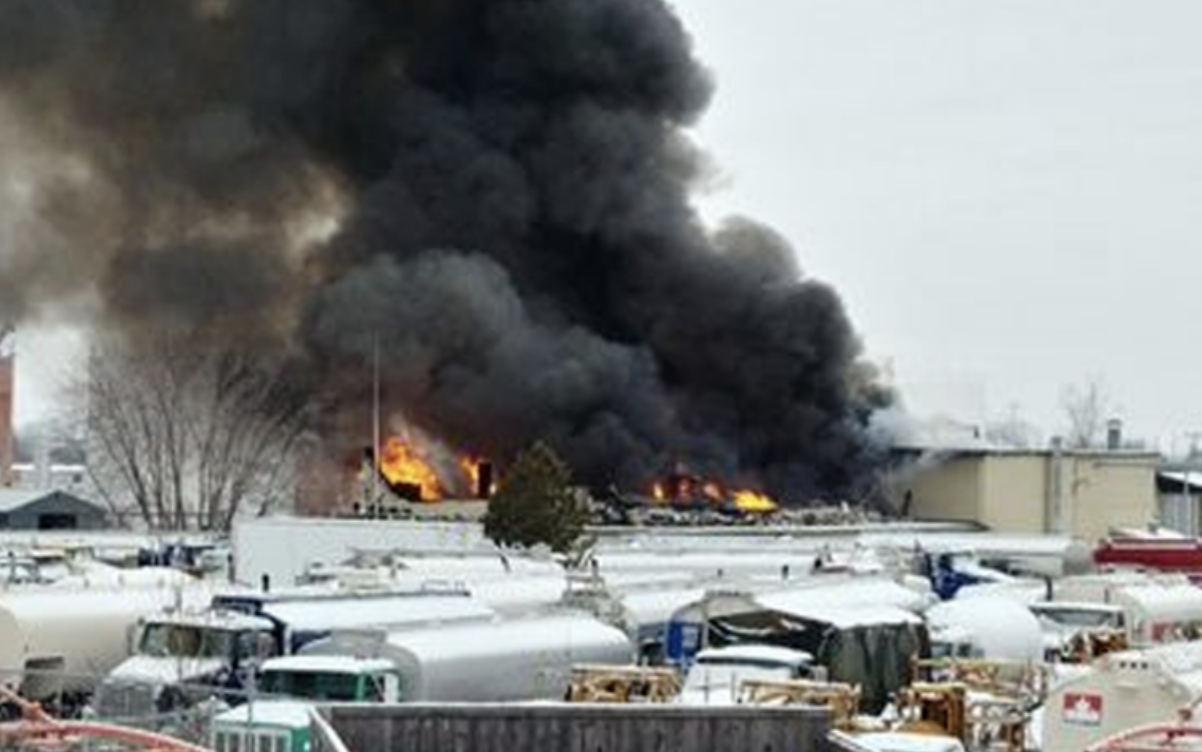 One man is dead and five people are missing and presumed dead after an explosion and fire at a south-end Ottawa tanker-truck company.

Two other men were taken to hospital yesterday afternoon — one is in stable condition and the other was treated and released.

Fire investigators have not determined what caused the explosion at Eastway Tank, which is a custom manufacturer for tanker trucks hauling liquids, including water and fuels