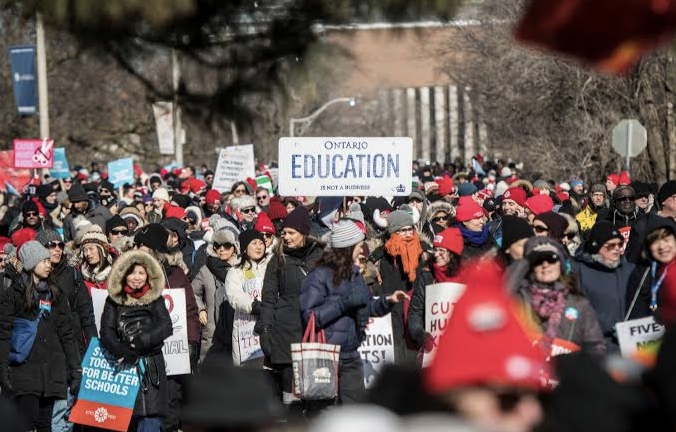 Ontario: In another attempt to postpone a possible strike, Ontario’s education workers and Ford government with the help of a mediator will once again start negotiations on Monday.

William Kaplan, who negotiated a settlement between the two sides in 2019, will play the role of a mediator this time as well. Once again he will join the negotiation with the goal of reprising the same between the two parties. Though the two sides were earlier scheduled to meet on Monday and Tuesday but a third day-Wednesday has been added at the request of the union.

Laura Walton, president of CUPE’s Ontario School Board Council of Unions (NOSBCU), said their coworkers across Ontario want a deal where their money is not to be forcibly deducted as it did in the last decade. Walton said that now there is a fear of losing their allowances due to inflation. Union welcomed the appointment of a mediator.

Earlier this month, 96.5 per cent of Ontario education workers such as librarians, caretakers, education assistants and administration staff voted in favour of a strike.

The union has been demanding a $3.25 per hour or 11.7 per cent increase in annual allowances, as well as minimum staffing requirements, early childhood educators earmarked for each kindergarten class, and $100 million for 1,500 to 1,700 new employment opportunities.