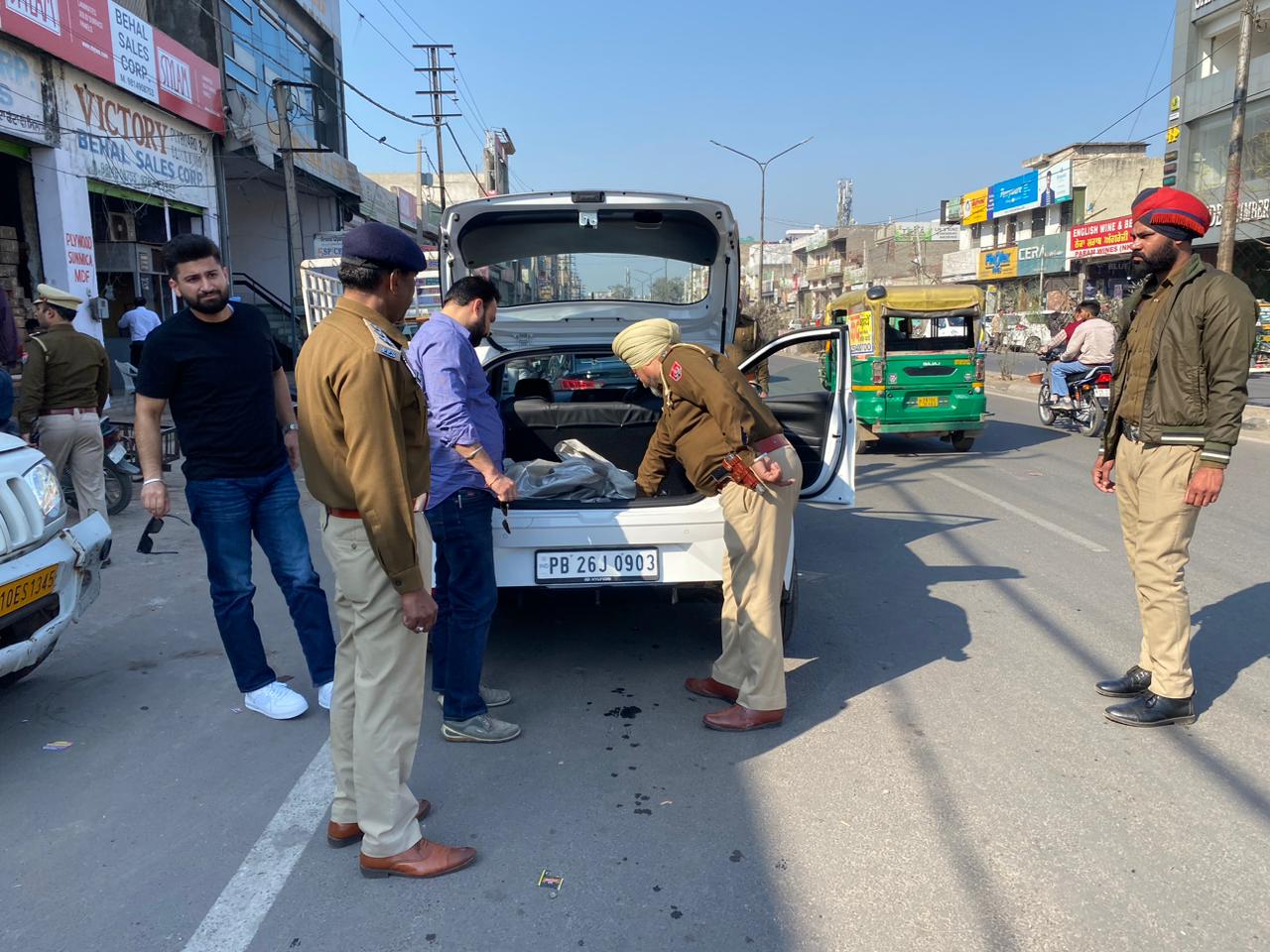 Chandigarh: Ahead of Republic Day celebrations 2023, Punjab Police on Saturday conducted a special operation “OPs Eagle-II” aimed at searching for criminal and anti-social elements and apprehending suspicious people for verification from across the state.

The operation was conducted on directions of Director General of Police (DGP) Punjab Gaurav Yadav in all the 28 Police districts with an aim to make Punjab a safe and secure state as per the Vision of Punjab Chief Minister (CM) Bhagwant Mann.

The cordon and search operation (CASO) was carried out at vulnerable places including Railway Stations and Bus Stands etc from 11am to 4pm simultaneously across the state and ADGP/IGP rank officers from Punjab Police Headquarters were deputed in each Police district to personally supervise the operation. Police teams have also checked Hotels and Sarais situated adjoining Bus Stands and Railway Stations.

Additional Director General of Police (ADGP) Law and Order Arpit Shukla, who joined SSP Vivek Sheel Soni in Rupnagar to personally supervise the operation in the district, said that all the CPs/SSPs were asked to mobilize a maximum number of officers and manpower for this operation to lay strong ‘nakas’ at district/city sealing points under the supervision of Gazetted officers.

He said that over 315 patrolling parties were deputed across the state to look for suspicious persons, besides, as many as 462 well-coordinated hi-tech Nakas involving over 5000 Police Personnel, were also set up under the supervision of gazetted officers in the state for a thorough search of suspected vehicles/persons while ensuring minimum inconvenience to the general public. As many as 281 railway stations and bus stands were checked by the different police teams in the state under the supervision of an SP rank officer, he added.

He said that during the drive, the police teams have frisked at least 11939 suspicious persons, besides, conducting surprise checks at 895 Hotels and Sarais situated adjoining to Bus Stands and Railway Stations.

Divulging details regarding the outcome of the operation, the ADGP said that police teams have apprehended 91 after registering 76 First Information Reports (FIR) against anti-social elements.

Recounting the achievements of the last nine months, the ADGP said that Punjab Police has busted 15 terror modules with the arrest of 103 terrorists/radicals after recovering 30 sophisticated Rifles, 191 Revolvers/Pistols, and 17 Drones. As far as gangsters are concerned, Punjab police have succeeded in busting 140 gangster/criminal modules with the arrest of 555 gangsters/criminals and neutralizing two, and recovering 510 weapons and 129 vehicles used in criminal activities from their possession, he added.

ADGP Arpit Shukla reiterated that such operations would continue till the menace of drugs and Gangsters was wiped out from the state.