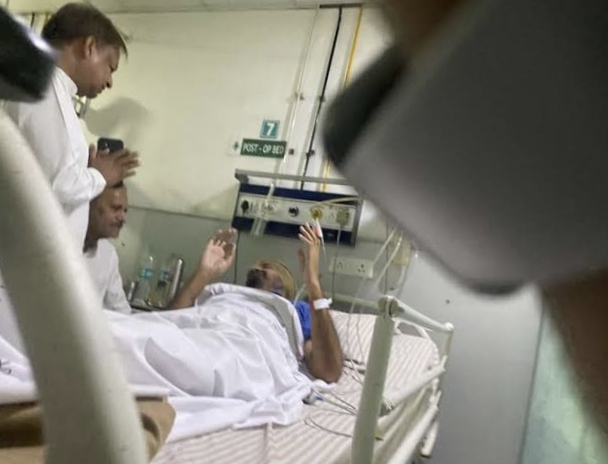 Chandigarh: Punjabi singer Sidhu Moosewala’s father Balkaur Singh’s health suddenly deteriorated on Saturday evening. After which he has been admitted to PGI Chandigarh. There has been some problem in the stunts inserted in his heart. At present, a team of doctors is engaged in his care and is treating him.

He was also admitted to PGI last year and was treated by former MP Dr Dharamveer Gandhi. In September last year, he had a problem of blockage in his heart.

After which he was first referred to Rajindra Hospital Patiala and then from there to PGI.

Balkaur Singh accompanied Rahul Gandhi to Jalandhar during his Bharat Jodo Yatra in Punjab. During this, Rahul Gandhi also gave him full respect.

Sidhu Moosewala was shot dead on May 29 last year in Jawaharke village of Mansa. The incident was carried out by gangsters Lawrence, Jaggu Bhagwan Purya and Goldy Brar sitting abroad. Since then, Moosewala’s father Balkaur Singh has been clamouring for justice.