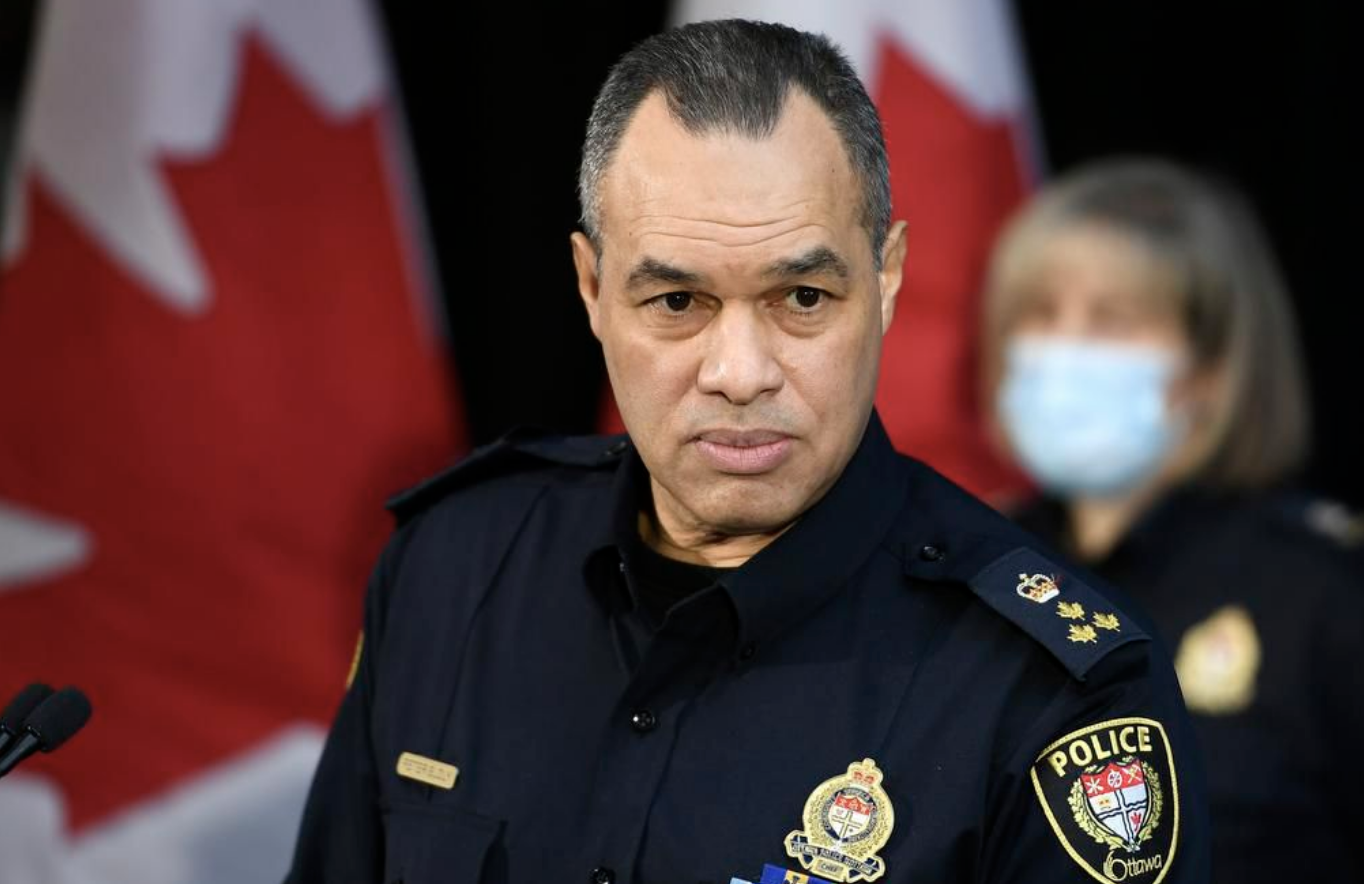 An Ottawa city councillor is tweeting that police Chief Peter Sloly has resigned.

Sloly has been widely criticized as police did little to stop protesters from taking over the downtown core, setting up an encampment that included a hot tub and gym on the streets.

News of his resignation comes as Prime Minister Justin Trudeau invokes the Emergencies Act, saying that despite the best efforts of local law enforcement, it’s clear there are serious challenges to its ability to enforce the law.