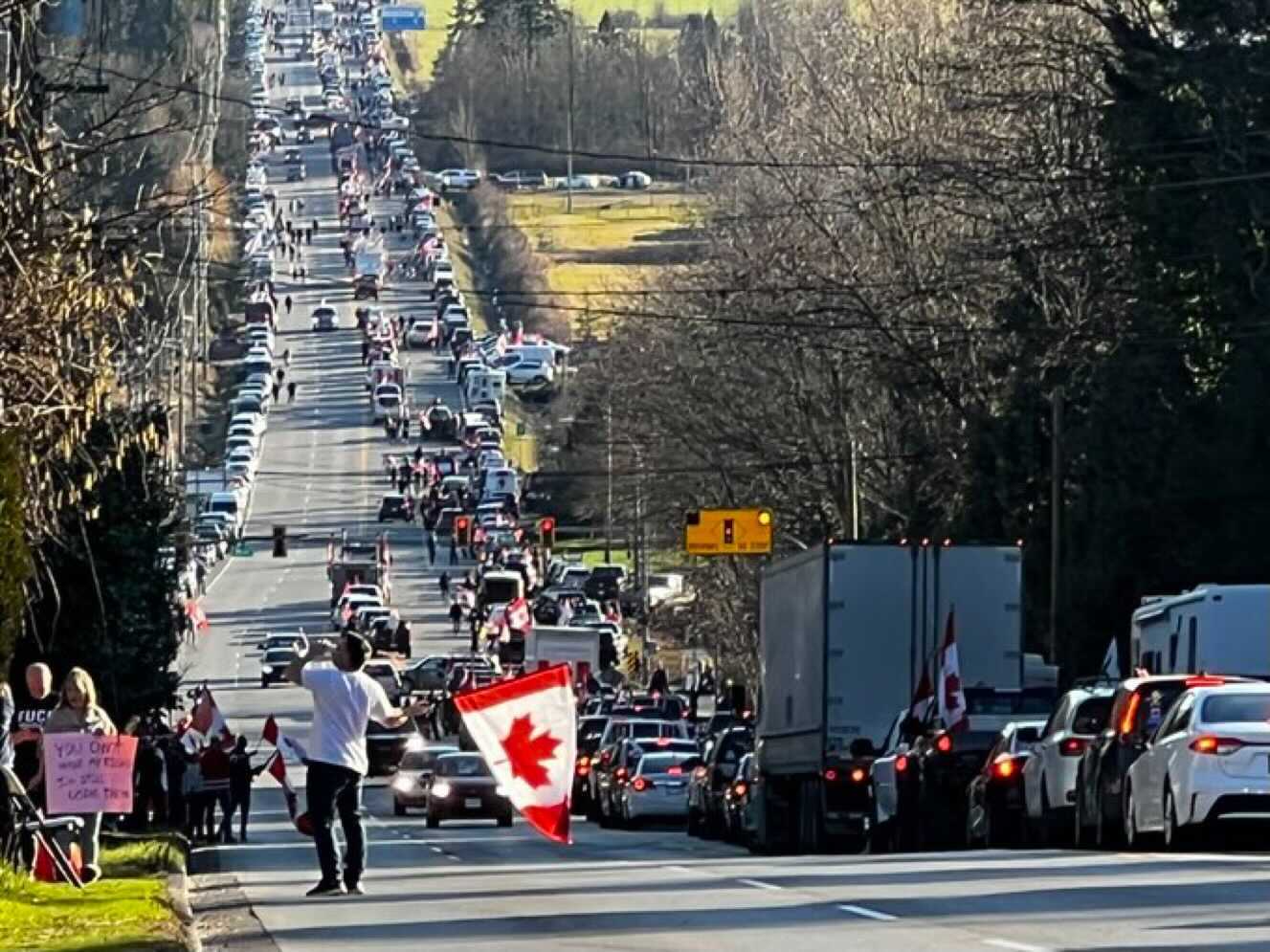 Surrey RCMP is providing an update on the current situation at the Pacific Highway Border Crossing.

On February 14, 2022, starting at approximately 8:30 pm, police engaged protesters and 12 people were arrested. This brings the total arrests to 16, including those taken into custody on February 13.

Subsequent investigations are underway into unlawful activity that is alleged to have occurred on Saturday February 12.

In addition, multiple vehicles that were blocking 176 Street were removed from the area and the road has re-opened. Vehicles and pedestrians are now able to access the border crossing.

“Surrey RCMP along with policing partners have used a measured approach throughout this situation to ensure the safety of the police and the public, including young children who were brought to the area by protestors,” says Assistant Commissioner Brian Edwards, Officer in Charge of the Surrey RCMP. “Local residents and businesses in the area have been patient and supportive as we’ve worked towards a resolution, with public safety always remaining at the forefront.”

The public can expect to see a continued police presence in the area in the days ahead, with ongoing assessments of the situation.