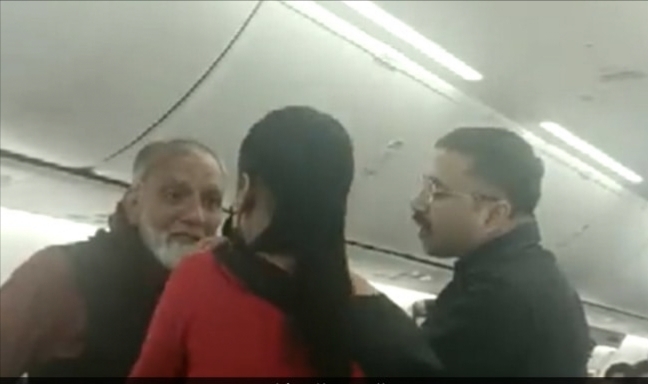 New Delhi: A spicejet flight was allegedly manhandled by a passenger on board a flight, police said on Sunday. According to the information received, the passenger had allegedly misbehaved with the female crew member.

According to the incident, flight number SG-8133 going from Delhi to Hyderabad is going. An argument broke out between the passenger and the crew member over alleged misbehaviour while boarding a flight in Delhi on January 23.

After the incident came to light, Air India had imposed a four-month travel ban on accused Shankar Mishra. The incident took place on November 26, 2022, on a Flight from New York to Delhi.

According to a media report, Shankar Mishra has been banned for four months by the airline for urinating on an elderly woman on an Air India flight. The incident on the New York-Delhi flight had sparked outrage across the country.

Shankar Mishra had allegedly urinated on a 72-year-old woman on the flight. He was arrested from Bengaluru last week, six weeks after his heinous act.