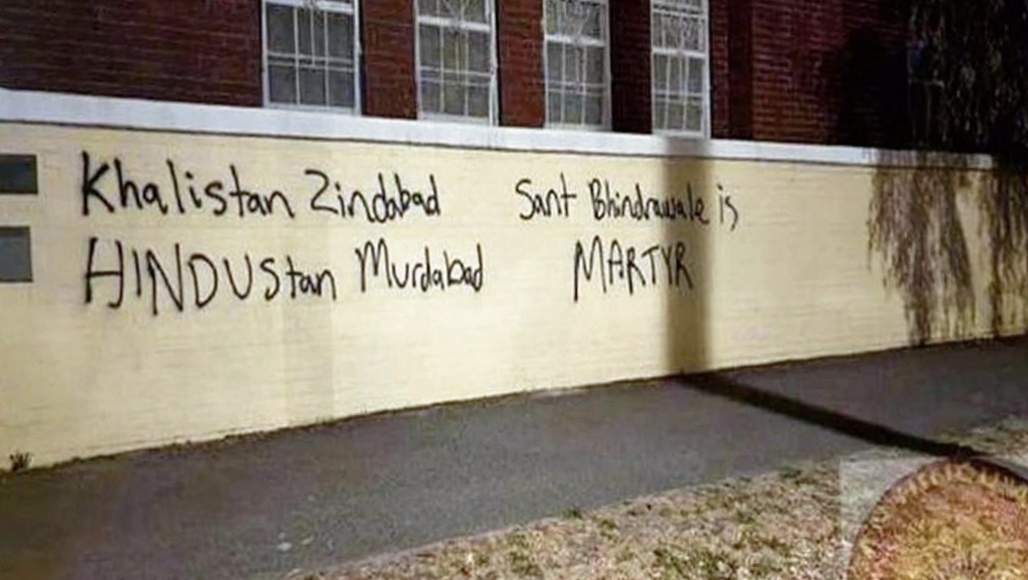 Melbourne: Another Hindu temple has been vandalised in Australia’s Victoria province. This is the third incident in the last two weeks.

According to a media report, the incident was allegedly carried out by Khalistani supporters and anti-India slogans were also written on the temple.

According to the information, the ISKCON temple in Albert Park, Melbourne, has been damaged. This temple is also known as ‘Hare Krishna Temple’. According to the report, ‘Hindustan Murdabad’ was found written on the walls of the temple on Monday morning.

Iskcon Temple Director (Communications) Bhagat Das said he was shocked by the incident and there was anger among the people over the desecration of the place of worship.

A complaint has been lodged with victoria police and CCTV footage is being scanned to nab the accused, he said.

Earlier on January 16, the historic Sri Shiva Vishnu temple in Carrom Downs, Victoria, was damaged in a similar manner. On January 12, anti-India slogans were also written by “anti-social elements” at the Swaminarayan Temple in Melbourne.

Victoria’s acting Premier Jacinta Allen said all Victorians are entitled to follow their religion, and racism and hatred cannot get in the way of it.

He said that the majority of Victorians do not behave like this, diversity is the biggest asset of the state. The premier condemned the incidents.

Two days ago, leaders of several victorian religions held an emergency meeting with the state’s culture commission. On this occasion, it was condemned for allegedly spreading hatred against Hindus by Khalistani supporters.

Several Australian MPs have also condemned the incidents. Following India’s intervention, Australian High Commissioner Barry O’Farrell also issued a statement. He had said that these incidents have shocked and an investigation is underway.