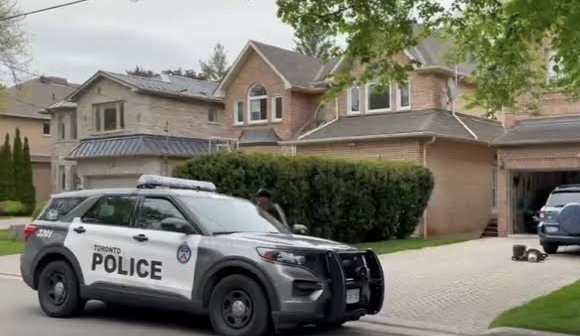 Three miscreants charged in connection with Ferrari carjackings in Toronto

The value of one of these vehicles is said to be up to one million dollars. Police said the first carjacking took place on September 30, 2022, shortly after midnight in the Eglinton Avenue West and Avenue Road area.

In this incident, the police said that a black BMW chased the 2017 model Ferrari F12 and then when the driver parked the vehicle and started going towards his house, the miscreants parked the BMW right behind the Ferrari.

The driver handed over the keys to the accused and after that they fled with the car. The value of the same vehicle is said to be close to one million dollars.

According to the police, on November 6, 2022, the same group again committed another crime in St. Clare Avenue West and Avenue Road area around 1 am. In this incident, the driver had parked his 2018 model’s Ferrari 488 Spider just when a suspect approached him with a knife.

Suspects drove away the ferrari while his accomplice followed him in the vehicle in which they both had reached there. Police said that the value of this Ferrari 488 Spider would be around $ 300,000.

Investigators estimate that four suspects were involved in the two carjecting incidents.

On November 22, 2022, three of the four suspects were arrested. Samuel Vincenty, 22, Beaudon Petro Halos, 22, and Elliott Rennes, 24, have been charged with a weapon-aided robbery and possession of assets earned with crimes worth more than $5,000 and other serious charges.

The fourth suspect, identified as 23-year-old Ryan Tyson of Toronto, is still at large. The police are on the lookout for him.