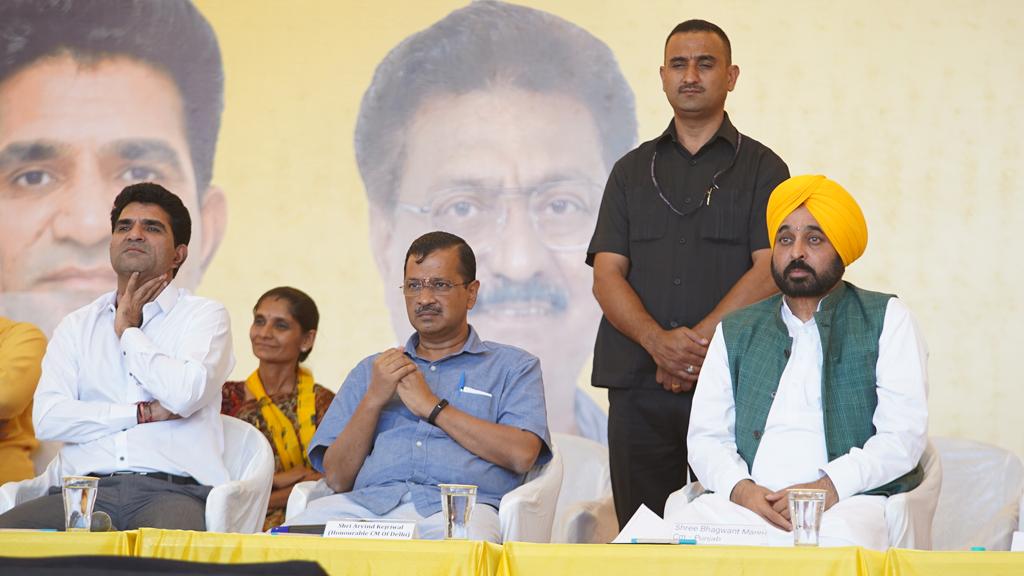 Chandigarh: People have started trolling Punjab CM Bhagwant Mann on the social media for campaigning in Gujarat by ignoring his own state.

They said that what he is doing in Gujarat, as the state is already progressing than Punjab. Instead of visiting Gujarat frequently, he should focus on Punjab to improve its fiscal condition and give employment to protesting teachers.

A Twitter handler told CM Mann that Punjab is still not getting 10-hour power supply. Even every day crime is happening. People are constantly trolling CM Bhagwant Mann on Twitter.

Another user said that AAP first befooled people of Punjab with their fake promises and they are trying it in Gujarat. Mann did not fulfil even a single promise in Punjab.

A user wrote that farmers, teachers are protesting and youth are dying of drug overdose but CM Bhagwant Mann is busy canvassing for AAP in Gujarat. It is condemnable.

Campaigning vigorously ahead of election announcement

The Election Commission is yet to announce the Gujarat election date. But Punjab CM Bhagwant Mann and AAP convener Arvind Kejriwal have been campaigning for several days in Gujarat through other means, including addressing rallies. CM Mann is claiming to give corruption-free governance to the people of Gujarat by giving examples of Punjab and Delhi.

On the other hand, Punjab is witnessing political turmoil every day. The crime rate has also increased and many government departments are demanding release of pending salaries and release of funds worth crores of rupees pending.

Even the farmers, led by Bharatiya Kisan Union Ekta Ugrahan, have been sitting in front of CM Mann’s residence in Sangrur for several days. Despite this, Bhagwant Mann is showing strength in the election campaign in Gujarat by ignoring issues of his own state.

Opposition parties have been constantly targeting the case of CM Bhagwant Mann being in Gujarat instead of Punjab. Despite this, Mann has spent more time campaigning in Gujarat.

Congress party has questioned the comparison of the work of the Bhagwant Mann government in the last 7 months with the last 70 years. Congress’ Punjab president Amarinder Singh Raja Warring termed AAP’s claims as fake.