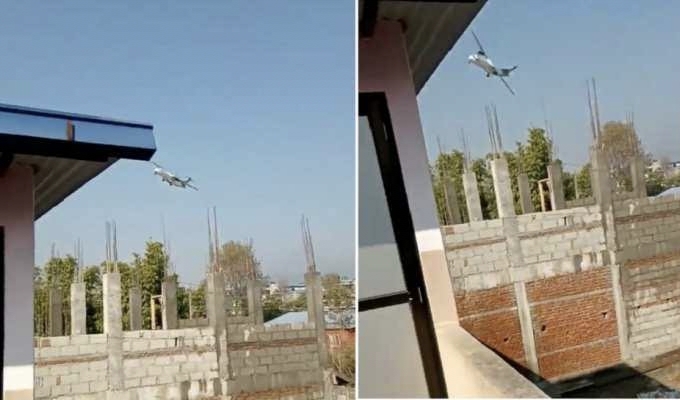 New Delhi: A passenger plane going from Nepal’s capital Kathmandu to Pokhara has crashed. There were 68 passengers and four crew members on board. So far 68 deaths have been confirmed in the plane crash.

It is also being said that the death toll could increase further. There were also five Indians and 14 foreign nationals on board. The plane crashed while going from Kathmandu to Pokhara. The crash aircraft is said to belong to Yeti Airlines.

“There were 10 foreign nationals on board, including two children,” Yeti Airlines spokesperson Sudarshan Bartoula said, quoting airport authorities, adding that there were 53 Nepalis, five Indians, four Russians, one Irish, two Koreans, one Argentinian and one French national on board.

Nepal’s Prime Minister Pushpa Kamal Dahal has called an emergency cabinet meeting. According to nepal’s Civil Aviation Authority (CAAN), the plane took off from Kathmandu’s Tribhuvan International Airport at 10.33 am.

The aircraft was close to landing at Pokhara airport when it crashed into a river bed on the banks of seti river. The crash occurred about 20 minutes after take-off, suggesting that the plane may be landing. The flight time between the two cities is 25 minutes.

A local official was quoted as saying that the plane caught fire as soon as it crashed and rescuers were trying to extinguish it.

Union Civil Aviation Minister Jyotiraditya Scindia condoled the loss of lives in the plane crash. The plane crashed on the banks of the Seti river between the old airport and the new airport while landing at Pokhara airport.

A 72-seater passenger plane crashed on the runway at Nepal’s Pokhara International Airport. Rescue operations are currently underway and the airport has been closed for this.